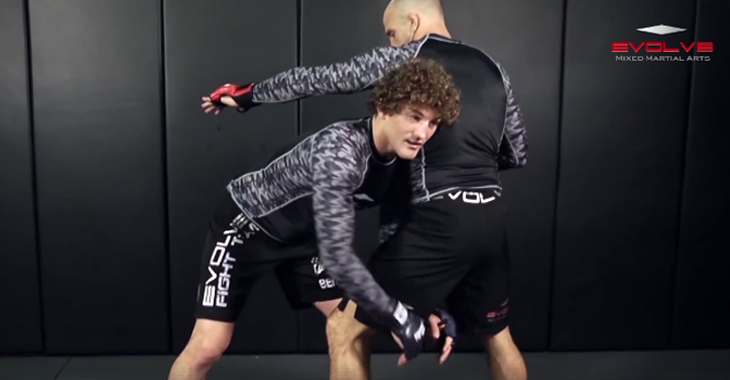 Wrestling, one of the core components of mixed martial arts, is an essential discipline for any serious fighter wanting to be successful in the sport. It is a martial art that focuses on controlling the opponent, and in turn, controlling the outcome of a fight. That is why so many fighters today have wrestling as their base. While most fighters have some knowledge of wrestling, it takes years and years of practice to truly master. Some of the best wrestlers in the world have been doing it since they were kids. Luckily for us, some guys are generous enough to share their secrets.

Take this video that Evolve Vacation shares with us today for example. In the following clip, ONE Welterweight World Champion Ben “Funky” Askren shows us one of his go-to moves in the cage. The former US Olympian demonstrates the head outside single to dump finish, and man is it awesome.

Askren is of course considered today as one of the best welterweights in the world regardless of promotion. His “funky” style of wrestling has been problematic, and so far, no one has figured out how to beat him in the cage. At 16-0, Askren is an absolute menace.

WATCH: ONE Welterweight World Champion and US Olympic wrestler Ben Askren from the EVOLVE Fight Team demonstrates the head outside single to dump finish technique for wrestling!https://evolve-vacation.com

Check out the video here where Askren teaches the move

This is one of Askren’s most used techniques, as he is seen doing this multiple times in nearly all of his fights. If there’s one thing Askren is incredibly good at, it’s getting guys on the mat. Askren isn’t that great of a striker, which is an area of improvement for him. But what he does, he does really, really well.

Check the other guy out in the video with Askren too. If you know your wrestling, you’ll realize that’s legendary wrestling coach Heath Sims. Sims heads the wrestling program at Evolve MMA and has worked with guys like Askren, Japanese legend Shinya Aoki, and rising star Angela Lee.