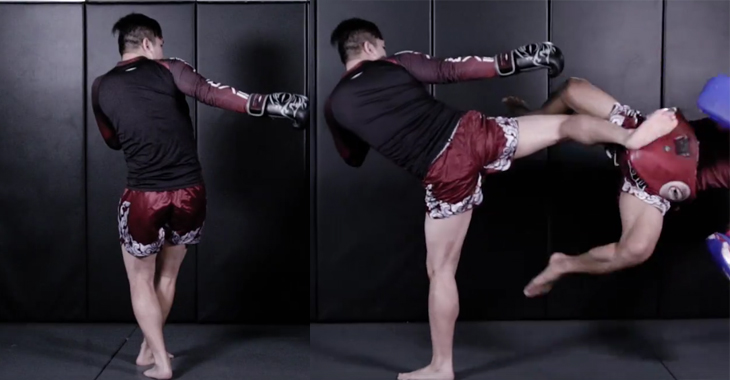 Kicking in mixed martial arts or Muay Thai is a very effective offensive tactic. First of all, it is extremely powerful, and if you can land clean, it can end fights very quickly. One of the most significantly powerful kicks in all of martial arts is the side push kick.

If you have ever wondered how to throw the side push kick, we have a video here today detailing the steps. Of course, only qualified instructors are able to give these types of tutorials. We have for you today Kru Yodteera Sityodtong, of Evolve MMA, who will show us the proper technique.

In this video, the Muay Thai master shows us how to properly throw and land the side push kick in Muay Thai. Striking is very important in the mixed martial arts game. When fighters start bouts on the feet, there is no choice but to throw leather. Sometimes, you just can’t avoid exchanging strikes at the center of the cage.

It is important to be able to enter the field of battle with all your weapons. You never know when they may come in handy. A side push kick is a great addition to the arsenal. If used correctly, it can mean the difference between victory and defeat.

Knock your opponent off balance with this powerful technique!https://evolve-vacation.com

This technique gives you the ability to add to and enhance your mixed martial arts weaponry, including improving your defense. Practice makes perfect, so give it a try and make sure you pay attention to proper technique!