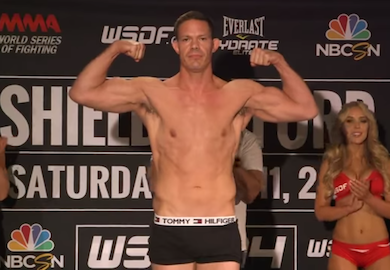 Derrick Mehmen never got any momentum on his side as he was caught with a huge left hand in the opening minute of the fight. The shot clearly wobbled him and Rama was relentless in his attack until the referee pulled him off.

Rama caught him with a left hook and Mehmen dropped to the ground. He made it back to his feet and Rama went for the rear naked choke. Mehmen escaped, however he was still on spaghetti legs. Rama bum-rushed him with a series of shots that caused Mehmen to crash to the canvas again, forcing the referee to step in and stop the action.

Smealinho Rama def. Derrick Mehmen by way of TKO (Strikes) :51 of Round 1