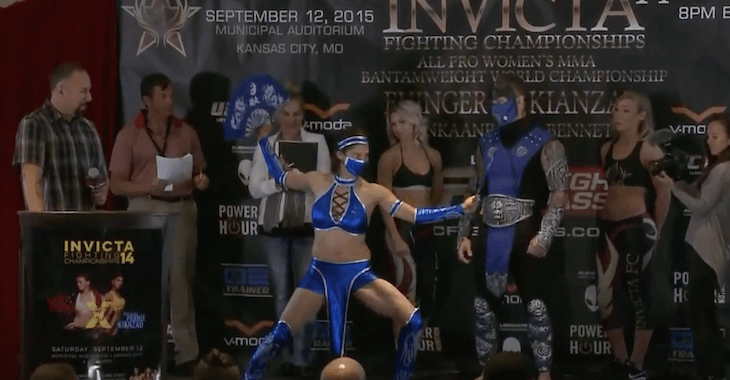 The ‘Invicta FC 14’ weigh-ins were today and they were kind of odd.

For one, there were four fighters who missed weight, including the two main event fighters, although later on Tonya Evinger managed to hit the mark.

Another reason was the unique costumes used, including a full on Mortal Kombat reenactment. Fighter Roxanne Modafferi came out in full Katana gear, while her cornerman dressed in a full Sub Zero suit.

Yeah, it was kind of awkward.