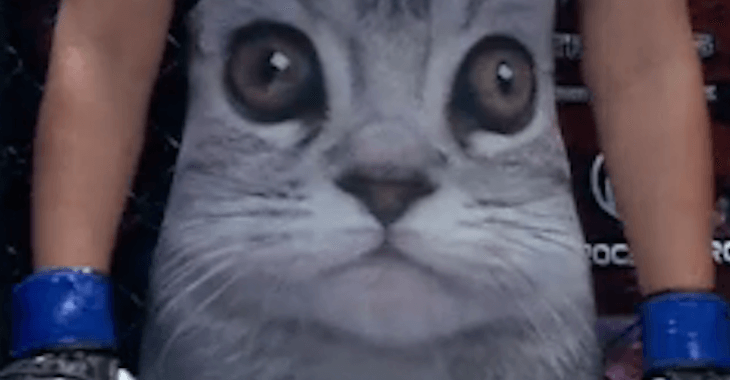 Invicta FC aired another exciting night of fights on UFC Fight Pass last Saturday evening when their “Invicta FC 14” rivaled the Floyd Mayweather pay-per-view. Now, fans of MMA thought they have already seen everything they could in terms of fight gear during the dark ages of the UFC. Whether it was something iconic like Royce Grracie’s gi or something bizarre like Art Jummerson’s lone-glove, fans thought it couldn’t be topped.

Rosa Acevedo would like to have a talk with you. The Invicta FC strawweight fighter rocked, not Reebok, but a CAT singlet to the octagon during her fight with JJ Aldrich. Acevedo may have lost the fight by way of knockout, but she won the hearts of many with her choice of attire. Shoutout to Barneyk of /r/MMA for pointing it out!