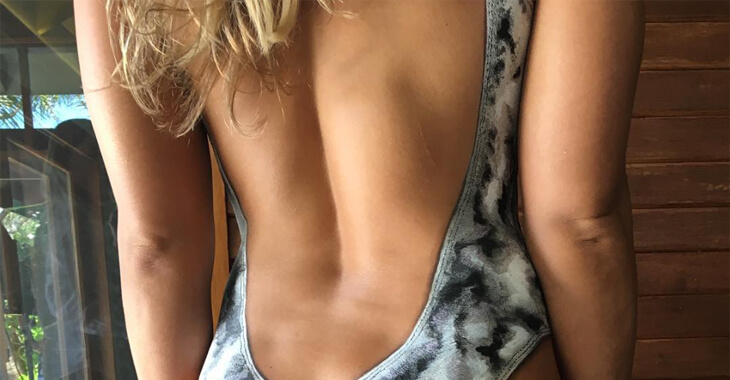 Ronda Rousey has been laying low since her defeat against Holly Holm at UFC 193. UFC CEO Lorenzo Fertitta has mentioned that Rousey will be filming two movies before making her way back to fighting in the Octagon, but it looks like Ronda has also been busy doing a shoot for the 2016 Sports Illustrated Swimsuit edition.

MJ Day who is the Editor for Sports Illustrated Swimsuit posted this photo to her Instagram account:

#instabooty if #2016 keeps going like this then I’m going to be one happy happy girl! #bootypaint #siswimsuit

Some fans commented on the picture recognizing the tattoos on the wrists of the naked body painted model as Ronda. Rousey posted her wrist tattoos a while back on her Instagram account, which is likely how fans knew of the rather small tattoos.

Here it is : kodokan flower on the right, octagon on the left by @Hilmartattoos

Looks like 2016 is already shaping up to be a good year for the former UFC women’s bantamweight champion. Will we see her return to the Octagon this year and get her belt back as well? Share your opinion in the comments!