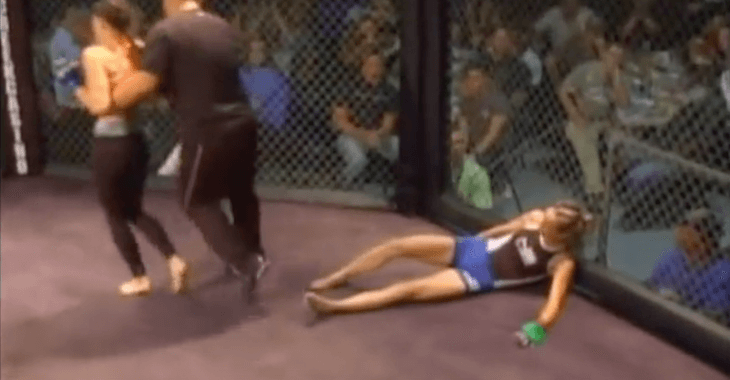 Invicta FC’s Jinh Yu Frey will fight tonight at the promotions latest event when she takes on Liz McCarthy, but everyone’s still talking about a fight of hers that took place in 2013.

Before she made her way into Invicta, Frey took on Darla Harris at SCS 18, on July 27, 2013. I’m sure she didn’t know she would be leaving that night with a viral video on her hands.

Frey landed one of cleanest and most brutal KO’s out there, and especially seen in WMMA. She landed a head kick that looked to rock Harris a little, but then followed up with two huge left hands that caused Harris to go stiff and tumble over like a tree.

It’s a thing of beauty, just check it out!