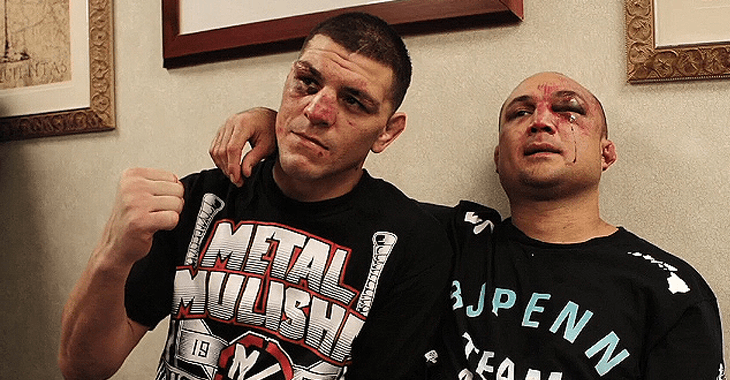 On this day, Oct. 29 in 2011 BJ Penn and Nick Diaz fought in the main event of UFC 137 at the Mandalay Bay Events Center in Las Vegas, Nevada.

Diaz ended up winning a unanimous decision in the 3 round fight where the two built up the bout with a lot of bad blood. The fight didn’t disappoint as the two legends were honored Fight of the Night with both men taking home a $75,000 performance bonus.

After the fight was done and blood was shed from the two, they got together for a picture in the locker room with the warriors bloodied and banged up.