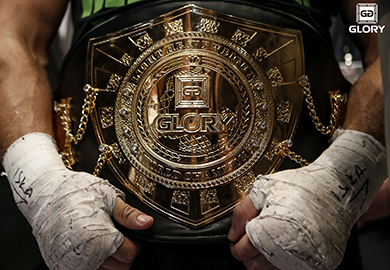 Kickboxing star Gokhan Saki was already one of the most decorated athletes in the sport, but he can now add another championship to his resume after Saturday night.

The Turk competed in a four-man, one night tournament in front of his hometown crowd in Istanbul and blew through two other athletes to win the vacant GLORY Light Heavyweight Championship. In typical ‘Gokhan Saki’ fashion, he was often first to strike and displayed his speed well throughout his two bouts. His wins came from bizarre endings, though.

His semi-final bout with Nathan Corbett came by way of doctor stoppage when Corbett was bleeding from his ear. It was rumored that he has ruptured an ear-drum, but it turned out his cauliflower ear exploded. Either way, Saki was making his way to the finals.

The stage was set for a competitive fight in the finals for the championship between Gokhan Saki and Tyrone Spong, Unfortunately, the fight ended early due to a severe injury. Saki had checked one of Spong’s leg kicks and Spong suffered a leg injury similar to that of Anderson Silva. It was clear that Saki was not happy with this win and was worried about his opponent. Silence filled the room as Spong was being attended to and Saki had his gloves on his head. Eventually, Spong was carried out of the ring on a stretcher and Saki celebrated with a check and a shiny new belt.