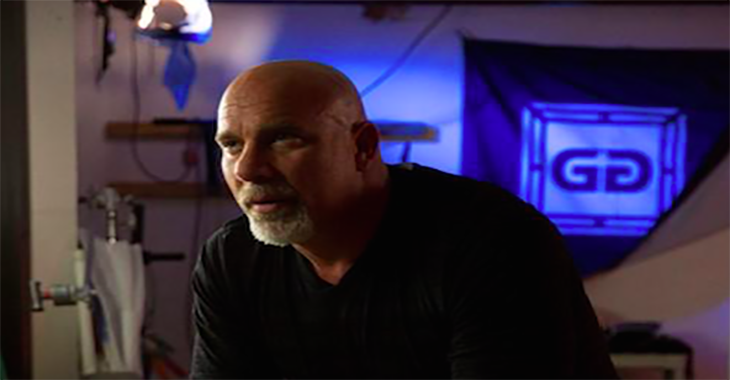 In an exclusive interview with BJPENN.COM, GLORY CEO Jon Franklin talked about the details of Bill Goldberg’s new partnership with GLORY.

Rumors have been floating around that Goldberg would be donning a pair kickboxing gloves once he tweeted GLORY about fighting for them in February. When asked about it, Goldberg remarked, “With the right prep time and contract, I’d consider anything!”.

After talking to Jon Franklin, the possibility is not far from reality.

“We’d love to have Bill Goldberg in the ring doing something with us—that would be amazing,” Franklin explained. “Whatever Bill wants to do, he can do. You know, he IS Bill Goldberg. Obviously, if he comes and gets in the ring he’s not going to challenge our top heavyweights. I don’t think anyone expects that or thinks that.”

Bill Goldberg has been in talks with GLORY and he will be hosting an upcoming countdown show for “GLORY 20: Dubai”.

“In our countdown show coming on Friday on SPIKE TV after Bellator, we’ve got Bill Goldberg hosting the show.” Franklin continued, “Goldberg lives in San Diego so he’ll definitely be there for [GLORY 21]. Hopefully he’s in it for the long haul. He loves it so much and we’d love to carve out a role for him in GLORY.”

GLORY 20 takes place at the Dubai World Trade Centre on April 3rd. Robin van Roosmalen will defend his GLORY Lightweight Championship against Andy Ristie in the main event. Also on the card is a four-man one-night middleweight contender tournament as well as a bout between Mosab Amrani and Gabriel Varga to decide the first GLORY Featherweight Champion.