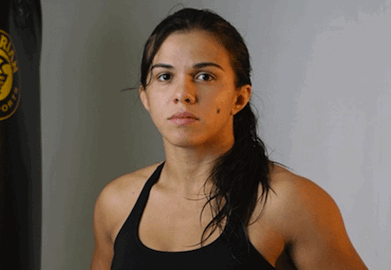 “Claudia ran a high fever late Friday evening and went to the hospital where she was diagnosed with a bacterial infection in her intestines,” said Shannon Knapp, President Invicta Fighting Championships. “We know Claudia wanted this title opportunity more than anything and all of us at Invicta wish her a speedy recovery.

“Tonight’s PPV will go on as planned with two world championship fights and a stacked undercard.”

Invicta Fight Championships 7 is being distributed in North America by Integrated Sports Media for live viewing at 9 p.m. ET / 6 p.m. PT on both cable and satellite pay-per-view via IN Demand, DISH, Avail-TVN in the United States, as well as Bell TV, Shaw PPV, SaskTel, TELUS, and MTS in Canada, for a suggested retail price of only $14.95. In addition, viewers worldwide may purchase the show at www.invictafc.com and the Invicta Fighting Championship’s Facebook page.