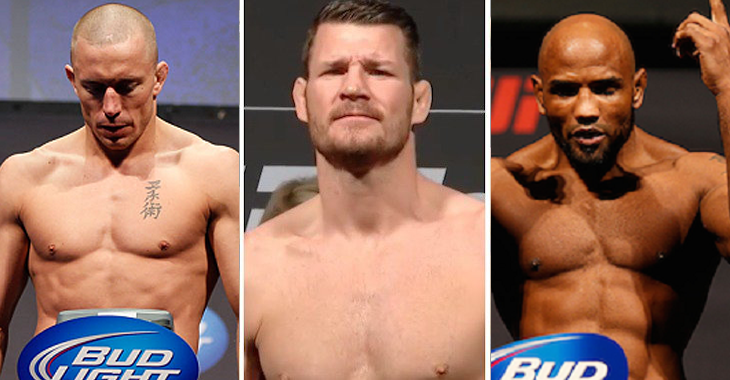 It was all lined up for Yoel Romero to get his shot at UFC middleweight champion Michael Bisping in his next title defense. However, that all crumbled right before “The Soldier of God’s” eyes when Georges St-Pierre came to an agreement with the UFC to compete again and the former welterweight champion was announced as Bisping’s next opponent.

Romero spoke to FloCombat with the help of a translator about the UFC booking Bisping vs. St-Pierre and the Olympic silver medalist said it is all just a matter of time for him.

“My plan to win a world title is my motivation,” Romero told FloCombat. “Time is what we make of it.”

Romero stated that he without a doubt should be next in line, but things just ended up working in favor for Bisping. The hulking middleweight stated that many opponents fear stepping into the Octagon to compete against him as his “body of work can’t be overlooked.”

Through it all, “The Soldier of God” says that the support he has been getting from his fans has been overwhelming and will look to give back to them with his next performance.

“Everything I have been through makes me appreciate the support even more,” Romero said. “It makes me want to go out and put on the best performance for those people that have rallied to my side and are ‘soldiers’ like me.”

“My fight with Bisping will happen eventually,” Romero said. “Even if Bisping loses to GSP I will defeat GSP and offer a fight to Bisping because we have unfinished business. I would love a fight with GSP because I know our styles would present a good test for us both.

“I feel I can neutralize his strengths and then he would have to play in my world. And that will make anyone uncomfortable.”

What are your thoughts on the potential fights for Yoel Romero taking on Michael Bisping and Georges St-Pierre? Sound off in the comment section!