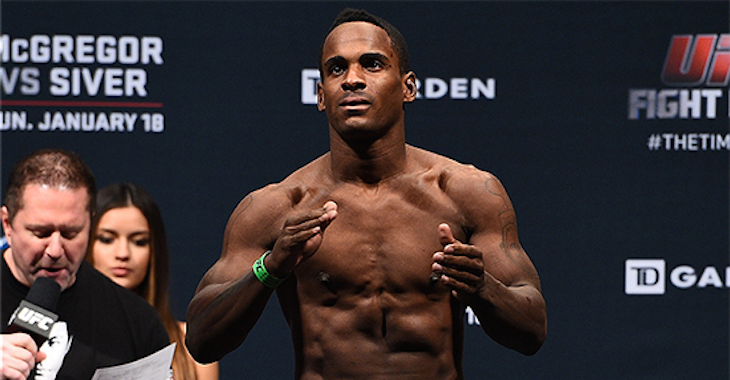 Lorenz Larkin put on one of the best performances of his MMA career at tonight’s UFC 202 event in Las Vegas earning a first-round TKO victory over perennial contender Neil Magny.

Larkin dominated the fight by utilizing some nasty leg kicks but was also able to find a home for a brutal oblique kick on a couple of different occasions in the fight.

Watch as Larkin drops Magny with this kick to the body:

If you are in Canada check out the video below:

Stay tuned to BJPENN.com for all your UFC 202 results!