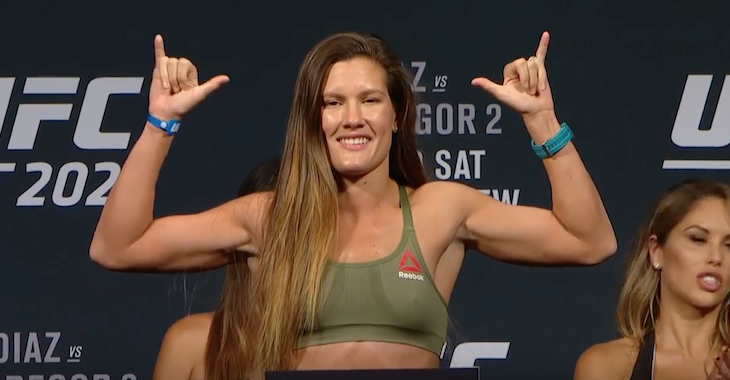 A women’s strawweight bout between Randa Markos and Cortney Casey kicked off the UFC 202 prelims on FS1.

Round one begins and Casey lands a nice leg kick. Cortney fires off a nice combination. Randa is able to score a nice takedown and winds up in side control. Markos is landing some solid short shots from top position. Cortney is attempting to take Randa’s back. Markos scrambles but gives up her back. Casey sinks in both hooks and starts landing some big shots. Casey with two massive elbows. Randa scrambles back is still in a bad position. Casey is working for an arm-lock, but Randa breaks free and winds up on top. Cortney looks to secure an armbar. She appears to have it locked in. She does and this one is over!