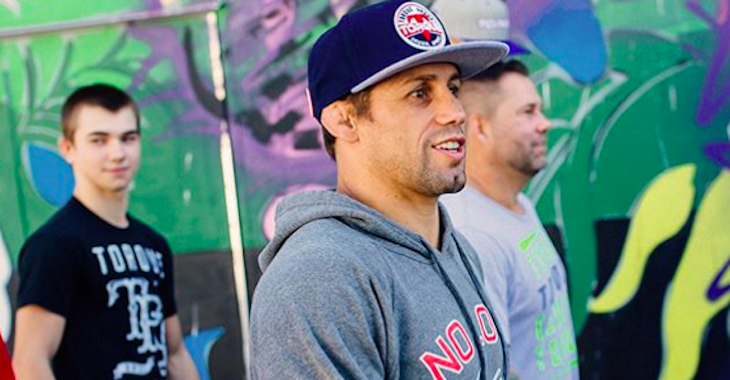 It’s now been a little over a year since Urijah Faber’s retirement fight: a unanimous decision win over fellow veteran Brad Pickett. Yet while Faber is still enjoying his retirement, he’s never actually exited the USADA testing pool, which means the door to a comeback fight remains decidedly open. All it’d take is the right opportunity.

Faber discussed his decision to remain in the USADA testing pool in a discussion with Submission Radio during a visit to Perth, Australia for UFC 221.

“Look, I spent a lot of time getting really great at fighting and I’m able-bodied and healthy,” Faber said (h/t MMAFighting.com). “I train just as much or more than some of the guys that are active but it’s not my goal [to come back], necessarily. It’s just the habits that I’ve created in my life. I would say I’m always open to entertain any business opportunity or offer, and I love to do things that I love to do, so I’m not gonna cut anything out. I still get tested from USADA just because I’ve never taken drugs in my life so I don’t really care about that.”

“It’s well worth it. The difference is, if there was a big opportunity and someone wanted you to fight and it sounded like a good idea, I wouldn’t want to wait four months to get cleared when I’m not doing drugs anyway. So I’ll take one for the team on a 6 a.m. wake-up call. I’ve got it down pat anyways. I pretty much sleep through the whole thing aside from when I’m giving the urine sample.”

Faber also touched on the circumstances that could coax him back into the UFC’s Octagon. Apparently, there’s nothing that interests him on the horizon right now, but he’s keeping an open mind.

“I don’t see any big opportunities but you never know with these guys. Like I said, I’ve gotten some crazy calls throughout the years. . . You never know when that kind of stuff happens.”

Urijah Faber retired from mixed martial arts with a solid overall record of 34-10. From the sounds of it, though, that number might not be set in stone.