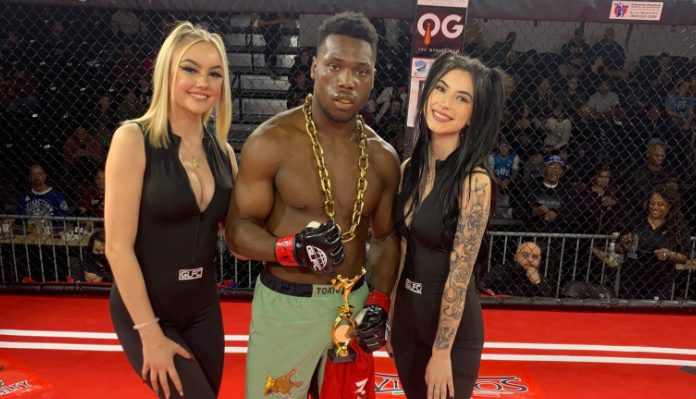 Jackson last competed back in December of 2019 at Bellator 237 in Saitama, Japan, where he lost to Fedor Emalianenko (36-5 MMA) by a brutal one-punch knockout in the first round of their main event. The fighter is currently a free agent.

“My son won his 2nd MMA fight… that’s all just wanted to brag.”

‘Rampage’ also shared some footage of his sons fight on Twitter.

As for what’s next for Quinton Jackson, 43, the former UFC light heavyweight champion, while he may not have fought since 2019, he hasn’t ruled out a comeback to combat sports.

In speaking with ‘The MMA Hour‘ last summer he commented:

“I’ve had times where I came back. Like after I lost to Mauricio Rua, people thought I was done and I came back to win a belt and then make history being the first unified champion in MMA.”

“Even though I’m a lot older and stuff now, I want to make one last comeback, cause I love this sport. I’ve seen many fighters retire and miss the sport and come back, but they wait too long. They come back after three or five years, and it’s just not in them. I feel like with the type of mind I’ve got and the heart I’ve got, I feel like I could come back and just entertain the fans.”

Will you be watching Raja Jacksons’ MMA fights? Do you believe Quinton might make a comeback and would you like to see him back in the cage? Share your thoughts in the comment section PENN Nation!