Tonight’s men’s bantamweight main event proved to be the back and forth war most fans and analysts were expecting. Song Yadong possessed a clear power edge but it was diversity of strikes from Cory Sandhagen that proved to be the difference. ‘Sandman’ was able to utilize some crafty elbows and knees to open up a nasty cut on Yadong. As the fight went on the cut grew worse and officials decided they had seen enough by the end of round four.

The co-main event of UFC Vegas 60 featured a highly anticipated middleweight contest that saw Chidi Njokuani take on Gregory Rodrigues. The bout resulted in an incredible comeback win for Rodrigues, who stopped Njokuani with punches in the second round. 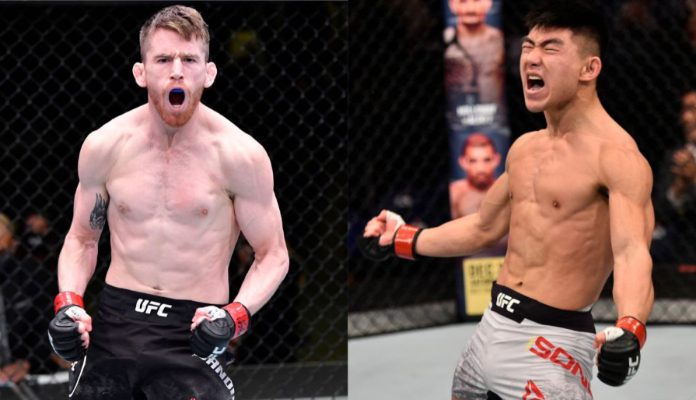 Fight of the night: Middleweight fighters Chidi Njokuani and Gregory Rodrigues earned ‘fight of the night’ honors for their thrilling war in tonight’s UFC Vegas 60 co-main event. Rodrigues wound up winning the contest by way of second round TKO (see that here).

Performance of the night: Damon Jackson pocketed an extra $50k for his first round TKO victory over Pat Sabatini in tonight’s featured prelim.

Performance of the night: Joe Pyfer earned an extra $50k for his first round KO victory over Alen Amedovski on tonight’s main card.

Are you surprised by any of the performance bonuses handed out by Dana White and company following the conclusion of tonight’s UFC Paris event?