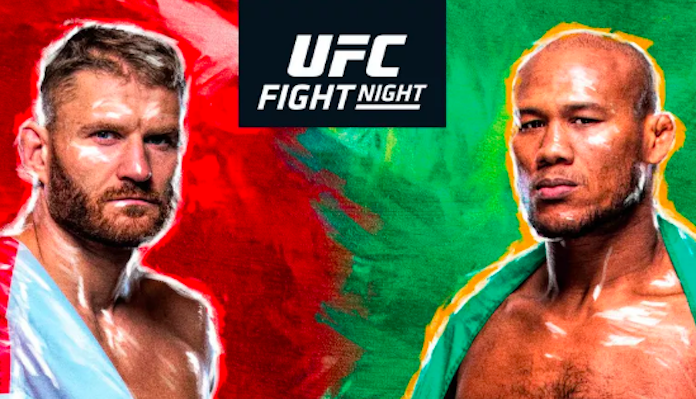 On Saturday, the UFC will return to our screens with the compelling UFC Sao Paulo card.

The event will be topped by a light heavyweight duel between Polish contender Jan Blachowicz and former Strikeforce middleweight champ Ronaldo “Jacare” Souza, who will be making his debut in the division.

On Friday morning, the 26 fighters on the 13-fight UFC Sao Paulo bill stepped onto the scales to weigh in for battle. Unfortunately, this card will go down as one of the worst of the year in terms of weigh-in blunders, as three fighters missed their marks.

Get the full weigh-in results below (via MMA Fighting):

*Because Vanessa Melo and Tracy Cortez both missed weight for their planned bantamweight contest, the bout will go ahead as planned, and neither will be fined.

**Isabela de Padua missed the flyweight limit by 4.5 pounds. She will be fined 30 percent of her purse and her bout with Ariane Lipski will go ahead as planned. To remind, she stepped in less than 2 days’ notice to replace Veronica Macedo.

Are you surprised there were so many mishaps at the UFC Sao Paulo weigh-ins?