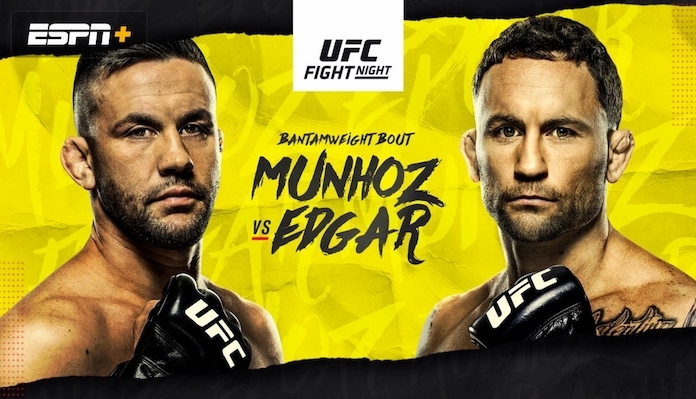 The Octagon remains in Las Vegas for tonight’s UFC on ESPN 15 event, a nine-bout fight card headlined by Frankie Edgar vs Pedro Munhoz.

The former UFC lightweight champion, Edgar (23-8-1 MMA), will be making his bantamweight debut this evening following a 8-5 run at featherweight.

In his most recent Octagon appearance this past December at UFC Busan, Frankie suffered a first-round TKO defeat to former 145lbs title challenger Chan Sung Jung. Prior to that, ‘The Answer’ was coming off a unanimous decision loss to Max Holloway in what served as Edgar’s third attempt to capture featherweight gold.

Meanwhile, Pedro Munhoz (18-4 MMA) will be returning to action for this first time since UFC 238 when he steps in the cage with Edgar this evening. ‘The Young Punisher’ was defeated by top contender Aljamain Sterling at the June 2019 event, a setback which snapped his impressive three-fight win streak.

Prior to being outpointed by ‘The Funkmaster’, Munhoz had scored stoppage victories over Bryan Caraway and Cody Garbrandt respectively. 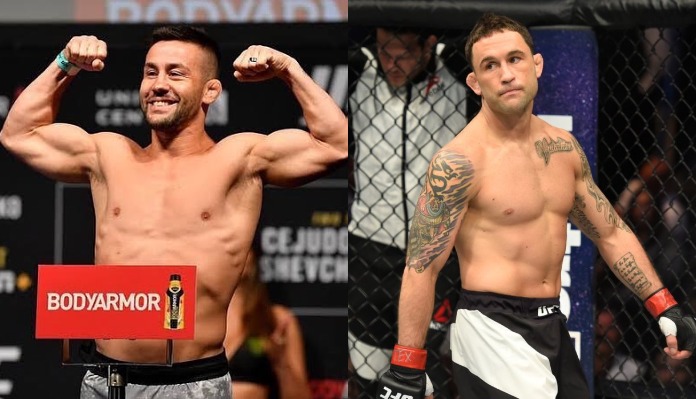 Tonight’s UFC on ESPN 15 co-headliner was expected to feature a light heavyweight contest between Ovince Saint Preux and Alonzo Menifield. However, ‘OSP’ tested positive for Covid-19 earlier today and was thus forced to withdraw from the contest.

With that, another light heavyweight bout between Mike Rodriguez and Marcin Prachnio has been promoted to co-main event status.

Get all of tonight’s UFC on ESPN 15: ‘Edgar vs. Munhoz’ live results and highlights below:

Marcin Prachnio vs. Mike Rodriguez – Rodriguez def. Prachnio via KO (elbow and punches) at 2:17 of Round 1

Austin Hubbard vs. Joe Solecki – Solecki def. Hubbard via submission (rear-naked choke) at 3:51 of Round 1

Mariya Agapova vs. Shana Dobson – Dobson def. Agapova via TKO at 1:38 of Round 2

Daniel Rodriguez vs. Dwight Grant – Rodriguez def. Grant via KO at 2:24 of Round 1

Timur Valiev vs. Trevin Jones -Jones def. Valiev via TKO at 1:59 of Round 2

Who are you picking to win tonight’s UFC on ESPN 15 main event between Frankie Edgar and Pedro Munhoz? Share your predictions in the comments section PENN Nation!