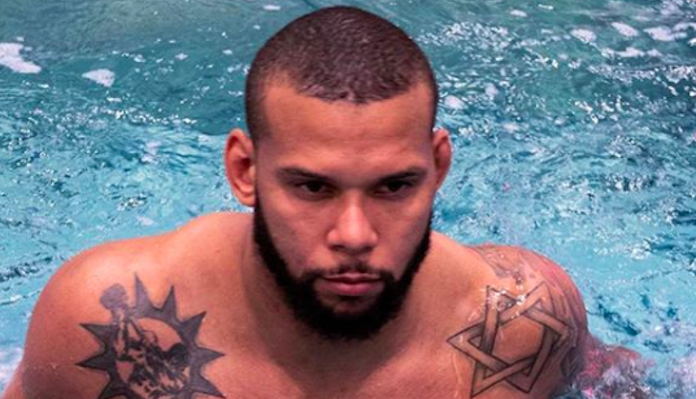 Santos and Rakic went three rounds in the pay-per-view opener at UFC 259, with Rakic edging out a unanimous decision at the end of 15 minutes. It wasn’t a great fight, as the former training partners at American Top Team didn’t seem to have any urgency to hurt each other. Although the striking totals pointed to Santos edging Rakic out on the feet in terms of volume, the judges felt Rakic landed the harder shots and he took the decision.

Following the tough loss to Rakic at UFC 259, Santos took to his social media to issue a statement following his third straight defeat inside the Octagon. In the statement, Santos took the blame for leaving it in the hands of the judges. Here’s what “Marreta” wrote.

No excuses, I left it up to the judges, it was my fault.

In July 2019, Santos lost a narrow split decision to former UFC light heavyweight champion Jon Jones in what was a razor-thin fight that many thought the Brazilian won. Following that fight, Santos had double knee surgery and was out of action for over a year. When he returned in November 2020, Santos lost by submission to Glover Teixeira. He now lost to Rakic, too, giving Santos three straight defeats on his record, albeit to top competition.

At age 37 and coming off of three straight losses, it’s fair to say that Santos has had his better days. He has been a great fighter in the Octagon for nearly the last decade, but it appears as though “Marreta” is now in the decline phase of his career. It will be interesting to see who the UFC matches him up with next after losing the decision to Rakic at UFC 259.

What do you think is next for Thiago Santos after losing to Aleksandar Rakic at UFC 259?