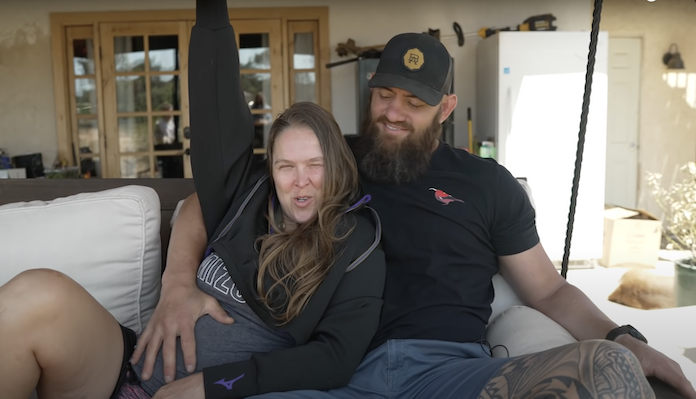 UFC Hall of Famer Ronda Rousey has publicly announced that she is pregnant and she will have a child with Travis Browne in September.

“Pow! Four months pregnant? What? You didn’t even know, the last four months. I’ve been pregnant since January. Woo, baby bump. I can’t hide it anymore so it’s time to show it off. I just wanted to share with you guys a little bit of a journey we’ve been on, and there’s definitely more of the story we’ll be telling later, but here we go,” Rousey said.

Rousey (12-2) retired from MMA in 2017 after losing back-to-back fights to Amanda Nunes and Holly Holm. The former Olympic judoka was the UFC’s first female superstar, and between 2013 when she made her UFC debut and 2015 when she made her last title defense, she was arguably the biggest star in the sport. Rousey defeated notables in the UFC such as Miesha Tate, Bethe Correia, Sara McMann, Cat Zingano, and Alexis Davis, and she also had wins in Strikeforce over the likes of Sarah Kaufman and Julia Budd.

After losing to Nunes, Rousey decided that she was done with MMA. She has done professional wrestling with the WWE since then, though she obviously won’t be wrestling anytime soon now that she is pregnant. We here at BJPenn.com wish Rousey and her husband Browne the very best during this very exciting time in their lives.

What was your favorite memory of Ronda Rousey in the UFC?