The UFC has officially undergone a roster purge. The promotion parted ways with another nine fighters today.

The nine fighters are listed below:

One of the most high-profile fighters released, Jordan Williams has been released after a three-fight losing streak. After earning his way to the promotion after a win on the Contender Series, he lost three straight to Ian Garry, Mickey Gall, and Nassourdine Imavov.

Sean Soriano’s second stint in the UFC was a short one. After going 0-3 during his first run in 2015, he re-signed in 2021. He then went 0-2 to Christos Giagos and Shayilan Nuerdanbieke to end his second run.

Another Contender Series alum, he officially went 0-2 (1NC) in the UFC. His last fight was a unanimous decision loss to Brian Kelleher in August 2021.

Gaetano Pirrello had a blink and miss-it run in the UFC. He was signed in early 2021 and lost his first bout via submission to Ricky Simon. His second and final bout was a knockout loss to Douglas Silva de Andrade.

Sasha Palatnikov debuted in the UFC at UFC 255 against Louis Cosce as a massive underdog. While he won that bout via knockout, he was unable to replicate the magic and lost his next two fights before getting cut.

Hu Yaozong has the interesting distinction of losing all three of his UFC bouts, all at different weight classes. Going 0-3 in the promotion, he lost to Cyril Asker, Rashad Coulter, and Andre Petroski. 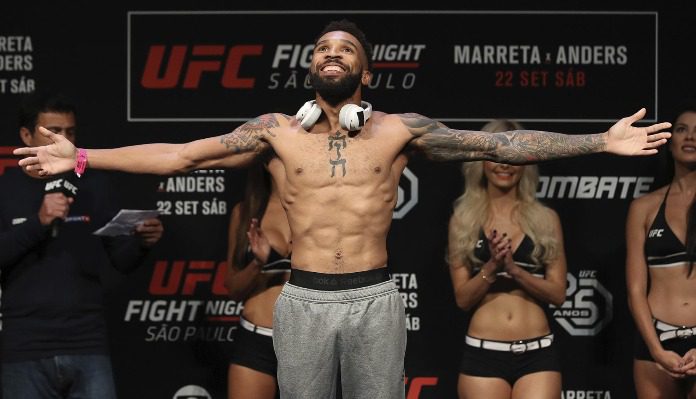 Ewell signed to the UFC with hype in 2018 and debuted with a win over Renan Barao. However, he never seemed to really find his footing, going 3-5 the rest of the way in the octagon.

Dakota Bush’s run in the UFC was brief. The youngster went 0-2 in the promotion with his most recent fight being a first-round KO against Viacheslav Borschev in January.

The last cut was another Contender Series alum. He earned his way into the big show in 2020, but ended his stint going 0-2 with both losses coming via knockout.

What do you think of the latest round of cuts made by the UFC?