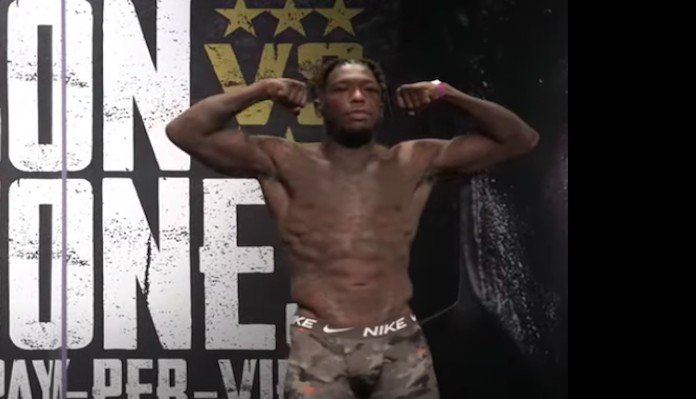 Robinson has been the butt-end of memes and jokes for the past several months in the wake of his brutal KO loss to Jake Paul on the Mike Tyson vs. Roy Jones Jr. card. Robinson suffered a vicious beating in the fight, getting dropped several times before finally being KOed cold. The former three-time NBA dunk contest winner had no business being in the ring that night, and he suffered dearly for it. He hasn’t made a decision about whether or not he will fight again, but some of his peers want him to.

This past Saturday night, McGregor suffered an upset knockout loss to Dustin Poirier in the main event of UFC 257. Since McGregor is the biggest star in the sport, he’s been on the receiving end of negative comments after talking a big game and then suffering a brutal knockout loss. He’s also been the target of some hilarious memes, and even Robinson is getting in on the action. Check out some of the hilarious memes Robinson posted on his Instagram targeting both McGregor and himself.

As previously noted, there have been some of Robinson’s peers like fellow former NBA all-star Gilbert Arenas who has encouraged him to box again, and recently boxing legend George Foreman came out and said he should give it another shot. At this point, Robinson hasn’t made a determination either way. On one hand, he suffered a brutal KO loss to Paul. But on the other hand, it was his first professional boxing bout and he fought a credible opponent. It wouldn’t be surprising, then, to see Robinson step back into the ring. Just don’t expect him to ever fight McGregor.

Do you want to see Nate Robinson step into the boxing ring again?