The pairing have gone back-and-forth exchanging verbal insults for some time now, and found themselves in a heated altercation at UFC 276. On Nov.12, both men will get the opportunity to settle their differences in the Octagon.

The pivotal lightweight contest became even more significant, with Islam Makhachev capturing the division’s title at UFC 280. Much to Poirier and Chandler’s delight, a strong statement over one another could make their claim for another shot at lightweight gold.

When Poirier and Chandler faced off at the pre-fight press conference, fan-favourite Nate Diaz took the chance on Instagram to poke fun at the two men who are at the top of his former division. 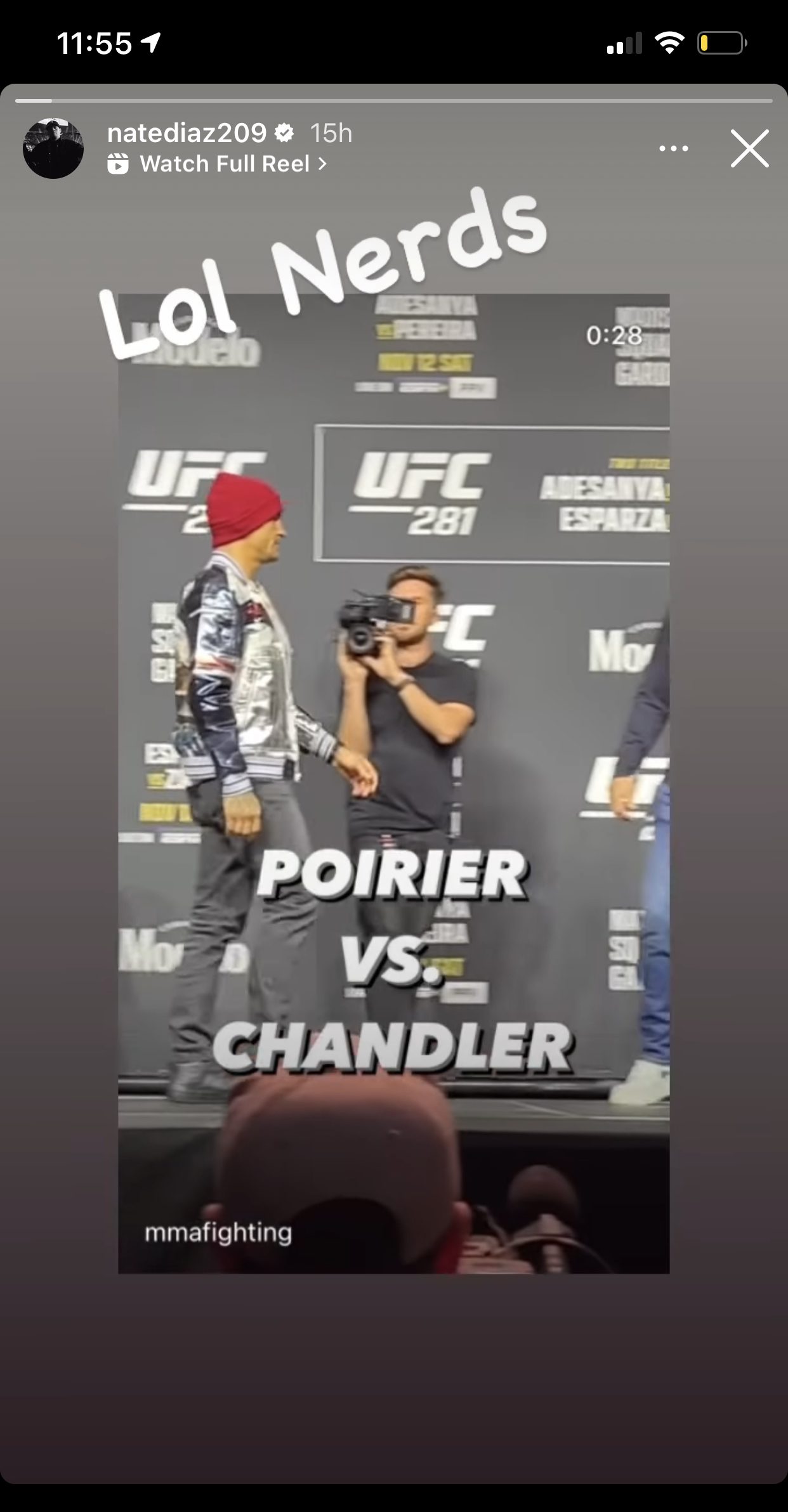 Over the years, Diaz and Poirier have thrown several insults at one another. The UFC had the duo pencilled in to fight at UFC 230 in 2018. However, the fight was cancelled due to a Poirier injury. Since then, the fans label the bout ‘the one that got away’.

Diaz, at 37, recently fought out his UFC contract and parted ways with the company after fifteen years. The 34-fight veteran revealed he was interested in pursuing other combat sports, such as boxing, after signing out with a submission victory over Tony Ferguson at UFC 279.

This article appeared first on BJPENN.COM
Previous articleUFC 281 | Pro fighters make their picks for Dustin Poirier vs. Michael Chandler
Next articleJake Paul reveals what Anderson Silva told him during their post-fight bow of respect
© Newspaper WordPress Theme by TagDiv