Michael Bisping reacts to Anthony Smith loss: “I love MMA, but we’ve got to catch up to boxing”

While he started off well in the light heavyweight main event, “Lionheart” was unable to overcome the experience of Teixeira and proceeded to suffer a one-sided battering that could alter the trajectory of his entire mixed martial arts career.

Many fans and pundits questioned both the referee and Smith’s corner for their inability to recognize just how much damage Smith had endured.

On the ESPN+ post-fight show, Michael Bisping made his feelings on the matter pretty clear.

“I love Anthony Smith,” Bisping said. “He works with us. He’s a part of the team. May the best man win, and that’s how I truly felt. But watching it there tonight, I was like, ‘My word, stop this fight.’ Either the corner and referee needs to do this. I love MMA, but we’ve got to catch up to boxing in regards to stopping the fight.” 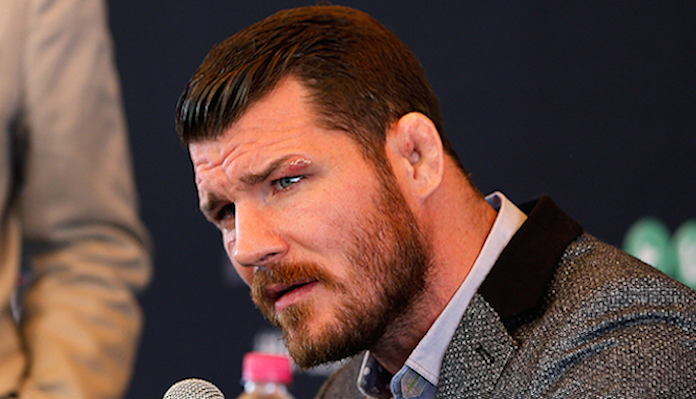 Bisping has been in his fair share of wars over the years, but anyone who watched that main event fight between Smith and Teixeira could clearly see the red flags. Smith appeared to be happy enough with his corner in the immediate aftermath of the result, but it’ll be interesting to see whether or not that trend continues once he starts taking part in some interviews with the media.

Teixeira, on the other hand, has been able to put himself in a position where he’s only one big win away from another shot at Jon Jones. A few years ago that would’ve seemed reasonably unlikely, but in a division as unpredictable as light heavyweight, it’s hard to tell who is going to rise up through the ranks on a month to month basis.