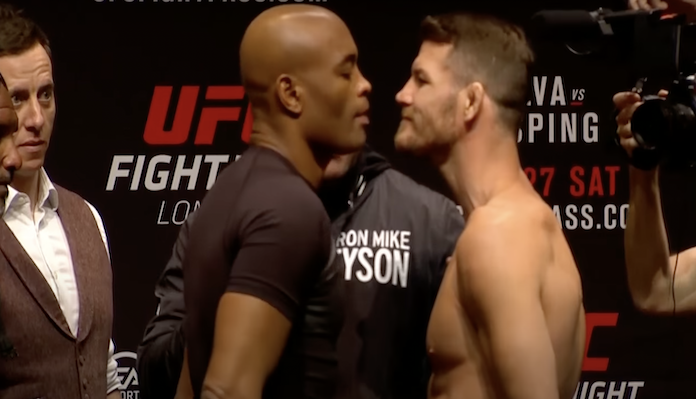 Silva is one of the greatest MMA fighters of all time and, at age 46, he is adding to his reputation as one of the best combat sports athletes of all time with his performances in boxing. After picking up an upset split decision win over Julio Cesar Chavez Jr. earlier this summer, Silva got back into the win column this past weekend when he finished Tito Ortiz with punches in Triller Fight Club. It was another exceptional performance by “The Spider” and, as far as his former rival Bisping goes, it’s proof of his legendary status in martial arts.

As far as Silva’s performance against Ortiz, Bisping was once again impressed by the reflexes and the timing of the legend Silva despite the fact he is now in his late 40s.

“Tito said he’s gonna go out there and punch a hole in his head and he’s a fighter all the rest of it, and he ain’t gonna use none of that Wing Chun bollocks on him. That is not the way you fight Anderson Silva. You can’t go in against Anderson Silva and be aggressive… No way. Anderson Silva’s timing is impeccable, his reflexes are cat-like, urban cat-like, and the diversity of attacks that Anderson Silva has is mind-blowing. Tito should have known coming into this fight against Anderson that you have to be strategic,” Bisping said.

What do you make of the high praise from Michael Bisping directed towards Anderson Silva?