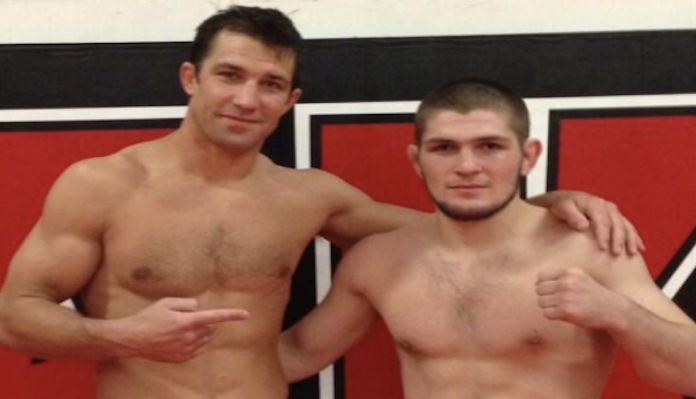 Nurmagomedov announced his official retirement from the UFC this week, finishing his MMA career with a perfect 29-0 record. While a return down the road can’t be ruled out, at least for the time being we have seen the last of “The Eagle” inside the Octagon. But just because he doesn’t plan on competing anymore doesn’t mean he won’t stick around the game. Instead of fighting, Nurmagomedov plans on putting his focus on coaching instead.

Speaking to TMZ Sports, Rockhold — Nurmagomedov’s longtime teammate at American Kickboxing Academy — said that the Russian wants to be his coach for his UFC comeback.

“I kind of felt it coming, especially with Khabib reaching out to me and wanting to coach me. He’s assuming this coaching role now. He’s like, ‘You can’t be the master, you can’t be the boss.’ He’s like, ‘I have to coach you, I have to be here.’ He’s going off on me wanting to coach now. He wants to be a big part of my comeback, so it’s pretty funny to see Khabib assume this role. He’s going for the ‘coach of the year,’ that’s what he wants. He wants to be the next great thing. He’s following in his dad’s footsteps. That’s what his dad always did. He was always insightful and had a good eye for the sport. I think Khabib is ready to assume this role, and fatherhood,” Nurmagomedov said.

As Rockhold mentioned, Abdulmanap Nurmagomedov was his son’s coach and mentor for many years until he passed away in July 2019 after a battle with COVID-19. Now that the younger Nuramgomedov is officially done with fighting, he wants to be a coach, too, and it sounds like Rockhold is interested in having him be a big part of his next training camp.

Do you think Khabib Nurmagomedov is going to be a great MMA coach as Luke Rockhold believes?