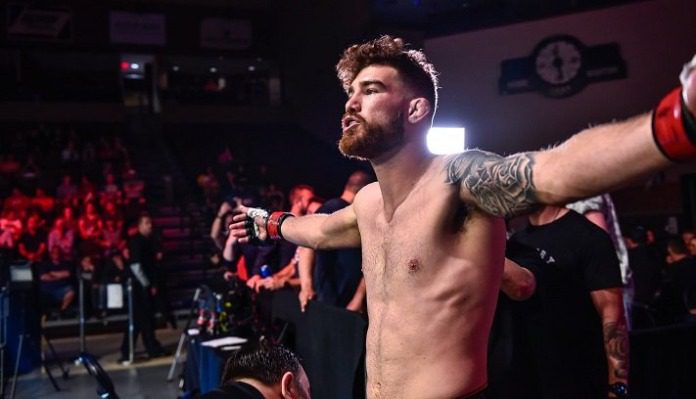 Josh Fremd is excited to show just how good he is on Saturday night.

Fremd is set to make his Octagon debut against Anthony Hernandez at UFC 273 in a fight he accepted on just over a weeks’ notice. It’s an intriguing matchup and Fremd is excited to test himself against Hernandez.

“I’ve watched him a couple of times and he’s a really good opponent, he pulled off the big upset in his last fight so I’m excited to scrap,” Fremd said to BJPENN.com. “I do think the layoff might be a good thing for him as well as I think he used that time to get healthy and get better which I hope he did.”

Entering the fight, Josh Fremd believes people just view him as a striker with power but he says that isn’t true. He says his wrestling and grappling are very underrated and he believes they will get put to the test at UFC 273.

Even though it is short notice, Fremd is confident in his cardio will be able to hold. However, he doesn’t think he will need it as he believes he will find the KO win early.

“Although I do have power, that is not my biggest asset, I have other ways to win. I do want to knock him out but that isn’t my only path to victory,” Fremd said. “I have a wrestling background and I’m really good at jiu-jitsu which surprises a lot of people, and I have a good gas tank, it may be short notice but I’ve been training the entire time. I think I’m a much better fighter and I’m excited to prove that…

Should Fremd get the stoppage win he desires, the goal for him is to be as active as possible and start building up his name.

“I want to be as active as possible, get this win and they can call me for next week and I’d take it. This is my life and I’m here to start getting together some wins and making a name.”

Do you think Josh Fremd will beat Anthony Hernandez at UFC 273?