Jorge Masvidal needed only 5-seconds to put an end to ‘Funky’s’ undefeated streak, dropping Askren with a sensational flying knee just seconds after the opening bell.

Since scoring arguably the biggest win over his career last weekend, Masvidal has been nothing short of busy. ‘Gamebred’ sent a warning to current UFC welterweight title holder Kamaru Usman, and then proceeded to challenge former promotional ‘champ champ’ Conor McGregor to a future scrap.

Most recently, Jorge Masvidal was asked by a fan on Instagram how he thinks he would do against reigning UFC lightweight champion Khabib Nurmagomedov. 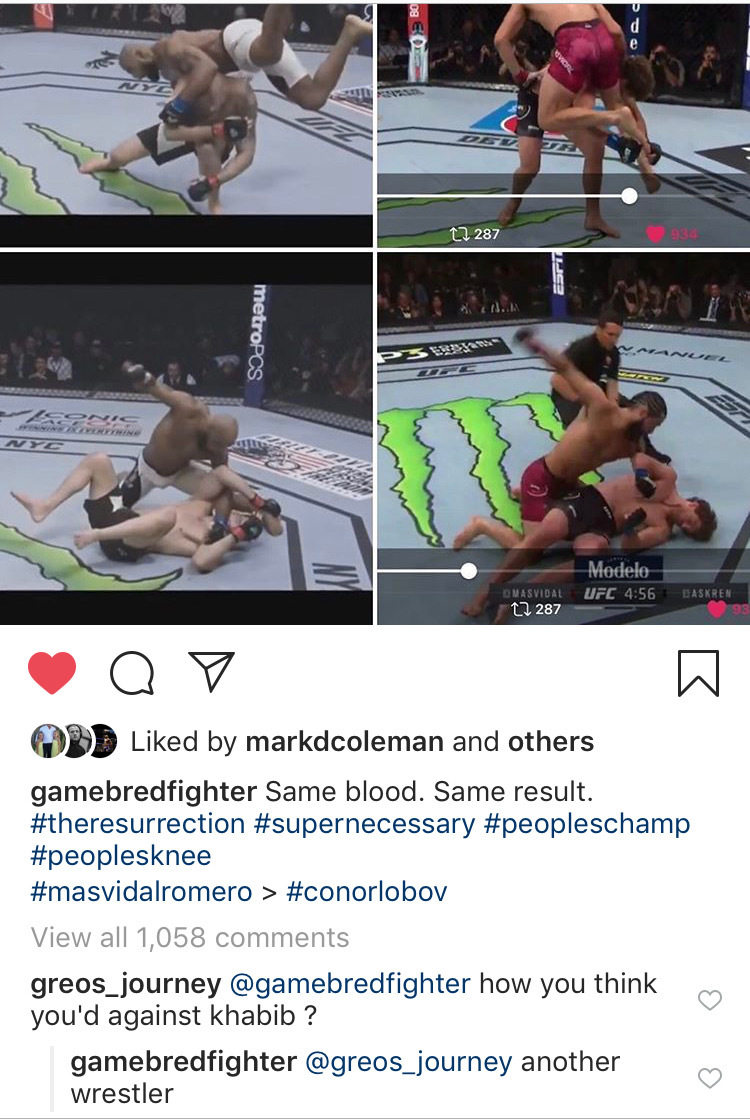 Masvidal replied with the following: “Another wrestler”.

Whether or not Jorge believes he could finish ‘The Eagle’ in record-setting fashion remains unknown, but it is clear that ‘Gamebred’ is confident that he would emerge victorious in a bout with Khabib.

Prior to his record breaking knockout at UFC 239, Jorge Masvidal was coming off a sensation second round knockout victory over former welterweight title challenger Darren Till at UFC London.

As for Khabib Nurmagomedov, ‘The Eagle’ was last seen in action at October’s UFC 229 event where he scored a fourth round submission victory over former title holder Conor McGregor.

Who do you think would emerge victorious if Jorge Masvidal and Khabib Nurmagomedov were to square off? Sound off in the comments section PENN Nation!

Stay tuned to for all of tonight’s UFC Sacramento results (see those here).