‘The Count’ and ‘Gamebred’ had exchanged verbal jabs in the past, this due to Bisping’s rivalry with Masvidal’s friend and training partner Yoel Romero.

Despite their history, which included having some heated face to face confrontations, it seems as though Bisping and Masvidal are now cool, at least to some extent. 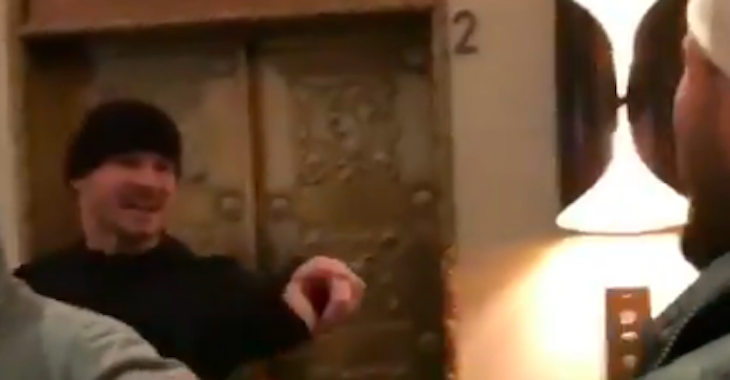 During his latest edition of the ‘Believe You Me’ podcast, Michael Bisping detailed how he and Jorge Masvidal seemingly squashed their beef following his win over Ben Askren at UFC 239.

According to ‘The Count’, Chael Sonnen had offered to switch him places at the ESPN desk for the UFC 239 post-fight show, this so he wouldn’t have to sit next to ‘Gamebred‘.

“He came up to the desk afterwards and Chael said to me, cause you had Jon Anik on the end, Chael in the middle, and me on the other end. And Chael’s like, ‘are you two guys cool?’ I’m like, ‘honestly I don’t think so. I’ve got no issue with him, but you know how he’s like. He’s a hothead for sure.’ And so Chael said, ‘do you want to stand in the middle so that I’m on the end.’ I’m like, ‘Chael, the f*ck you think I am?’ Do you think I’m gonna b*tch out and say, ‘yeah switch positions because the bad man might get me.’ I’m like, ‘no.’”

“But listen, Jorge came up and he was cool as f*ck man. And I think he realized, cause when I saw him in London I walked past him. If I wanted to be an asshole there, I could’ve been an asshole. But I said, ‘hey what’s up Jorge?’ And he kind of nodded. I think that was, without saying squashing the beef type thing. But he was cool as hell man. He was cool as hell. I said congratulations, I said some kind words because how can you not?”

“At the end of the day, you gotta respect that. What he did out there, that was f*cking phenomenal. Not only did he make history, the fastest knockout in UFC history. He just knocked out a 19-0 undefeated fighter in five seconds or three seconds or two seconds, whatever it was. You gotta give the man his respect and he was very gracious. He took the respect and he didn’t act like an idiot, he didn’t try and start sh*t with me. And he was actually cool, we said some nice words back and forth and I gave him a little hug at the end. So yeah, I don’t know. I guess maybe we’re cool now, you never know.”