Following his sensational victory, Reyes took the opportunity to callout Jon Jones in his post-fight interview. 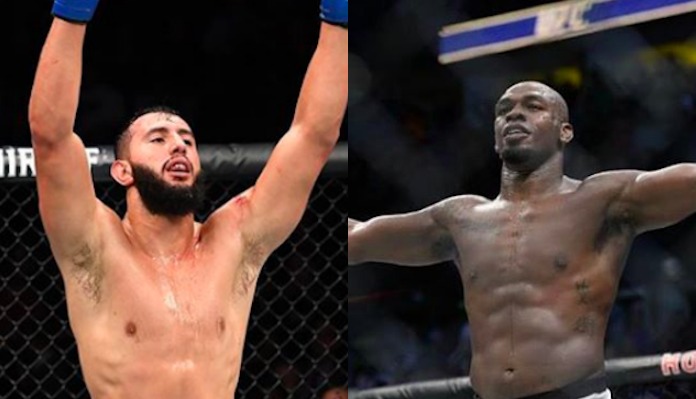 Shortly following the conclusion of last night’s event, Daniel Cormier spoke about the possibility of Dominick Reyes fighting ‘Bones’ next.

“He’s healthy after that big fight and Jones just got through his most recent court problems or whatever it was.. so why not let him fight?” Daniel Cormier said. “Dominick Reyes has the one key thing that has proven to give Jones pause, and that’s size.”

Jon Jones would respond to Cormier’s comments earlier this afternoon on Twitter, while also issuing a warning to Reyes.

“Size is definitely not my issue lol.” Jones captioned a video of Cormier’s comments on Twitter.

He then addressed Dom Reyes callout.

Many have talk shit, all have fallen. You will do the same

“Many have talked shit, all have fallen. You will do the same.”

Reyes would later reply to Jon Jones with the following challenge.

Let's run it and see who falls. https://t.co/sixcqlq8SV

Jones was last seen in action at July’s UFC 239 event, where he retained his light heavyweight title by defeating Thiago Santos by split decision.

Would you like to see Dominick Reyes challenge reining UFC light heavyweight champion Jon Jones next? Sound off in the comments section Penn Nation!