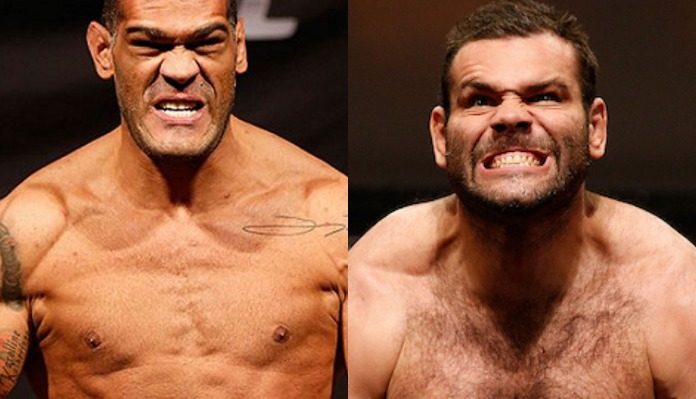 Silva and Gonzaga will clash for five 2-minute rounds, this unless someone goes down sooner.

Gabriel Gonzaga (17-12 MMA) was last seen in action at ‘Russian Cagefighting Championship 2’ in May of 2018, where he suffered a second round TKO loss to fellow veteran Alexander Emelianenko.

‘Napao’s’ most recent victory came in the squared circle in October of 2017, when he defeated Alejandro Esquilin Santiago in his professional boxing debut.

Silva suffered a TKO loss to Rico Verhoeven in a kickboxing match in his most recent match in October of 2017.

Tonight’s main event ended in the second round after Gabriel Gonzaga unloaded a plethora of punches on Antonio Silva.

An uppercut followed by a left hook sent ‘Bigfoot’ crashing to the canvas, which ultimately spelled an end to the fight.

Who would you like to see Gabriel Gonzaga fight next following his knockout victory over Antonio Silva at tonight’s BKFC 8 event? Sound off in the comments section PENN Nation!