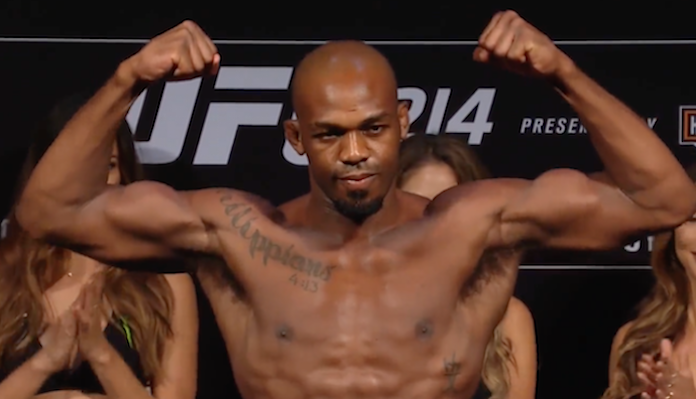 UFC light heavyweight champion Jon Jones was the most tested athlete in any sport in 2019 according to UFC executive Jeff Novitzky.

See what Novitzky wrote about Jones below on his Twitter.

In 2019, @JonnyBones was subject to 42 no-notice drug tests by 3 separate entities (USADA, CSAC and NSAC). In my 20 years experience in the anti-doping world, this is the highest volume of yearly tests that I have ever seen on one athlete, in any sport.

“In 2019, @JonnyBones was subject to 42 no-notice drug tests by 3 separate entities (USADA, CSAC and NSAC). In my 20 years experience in the anti-doping world, this is the highest volume of yearly tests that I have ever seen on one athlete, in any sport.”

That Jones is tested so heavily makes sense considering all the past issues he’s encountered with both USADA and different athletic commissions. So compared to the rest of the UFC’s fighters, it makes sense that Jones has to go through more drug tests than the rest of the roster from the point of view of regulators.

The fact that Jones is, according to Novitzky, the most-tested athlete that he’s ever seen in pro sports is perhaps surprising considering how many sports there are and how many athletes there are in the world. But considering that USADA and state athletic commissions have had so many run-ins with Jones in the past, perhaps it’s not that shocking after all.

This Saturday night at UFC 247 in Houston, Texas, Jones puts the UFC light heavyweight title on the line when he takes on the undefeated Dominick Reyes in what should be a fantastic fight between two of the best 205lbers the sport has ever seen. The co-main event sees Valentina Shevchenko defend the UFC women’s flyweight belt against Katlyn Chookagian.

What do you think about Jon Jones being the most-tested athlete in pro sports?