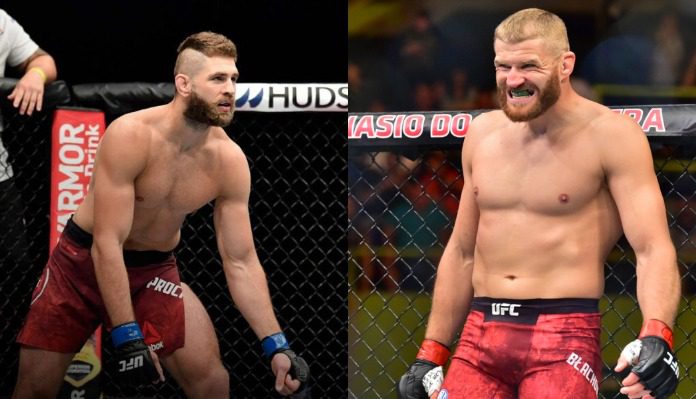 ‘Denisa’ is fresh off a victory over Glover Teixeira at UFC 275 last month in Singapore. The exciting back and forth fight is seen as a fight of the year contender. The win saw Prochazka claim the UFC’s light heavyweight championship in the progress.

Following the victory, the conversation immediately shifted to what was next for the new champion. For his part, the Brazilian campaigned for a rematch against Prochazka. Contenders Anthony Smith and Magomed Ankalev also sought the opportunity.

However, few names were as loud as Jan Blachowicz. The 39-year-old last defeated Aleksander Rakic in May. The Polish contender believes the victory should’ve been enough to earn the title shot.

Instead, Jiri Prochazka doesn’t want to fight him next. Earlier today, the UFC light heavyweight champion stated he wants the rematch with Glover Teixeira next. On social media, Prochazka stated:

“Hello everybody. I wish you a great day. And I may decide for next fight. And I want to fight Glover the next fight. Not because it will be another big fight but just one reason, my performance was bad in first fight. I will show you why I’m the champion. Clearly, decisively and I think Glover deserve it.”

“So here’s the offer. I will show you why I’m the champion.”

Now, Jan Blachowicz has responded to Jiri Prochazka on social media. It’s safe to say that the former UFC light heavyweight champion isn’t impressed with the rematch. Blachowicz referenced Prochazka previously stating that he was his biggest future challenge.

"Jan is for me the biggest challenge" – your words.
Respect you Champ, but the samurai code was not upheld.

“”Jan is for me the biggest challenge” – your words. Respect you Champ, but the samurai code was not upheld.”

What do you think about Jan Blachowicz’s comments? Do you want to see him fight Jiri Prochazka next? Sound off in the comment section below!