Jake Paul was quick to poke fun at Cody Garbrandt after the former UFC bantamweight champion suffered a lopsided decision loss to Rob Font this evening.

Ahead of the key matchup, Cody Garbrandt wound up in a couple of heated exchanges with YouTuber turned boxer, Jake Paul.

With that said, after Rob Font was able to dominate ‘No Love’ for the better portion of five-rounds this evening in Las Vegas, the brash YouTuber was quick to unload on Garbrandt. 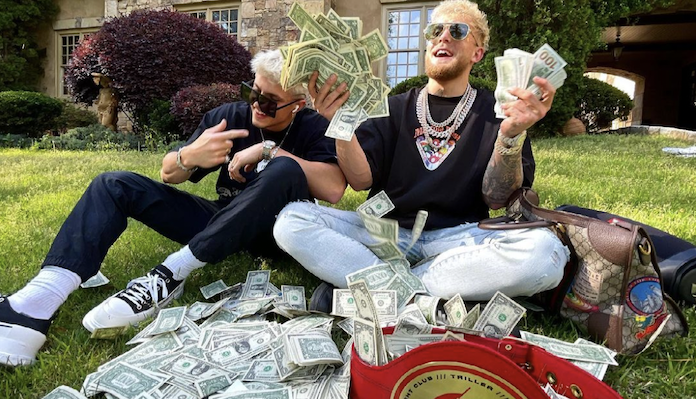 “What’s worse, Cody losing or him not being able to ride roller coasters due to height requirements?” – Jake Paul joked on Twitter.

While Garbrandt has yet to issue an official statement on tonight’s setback to Font, he has taken the time to respond to Paul.

Cody replied to Jake’s tweet with the following message.

Prior to being outworked by Rob Font this evening, Cody Garbrandt was coming off a sensational knockout victory over Raphael Assuncao at UFC 250.

With that said, ‘No Love’ has lost four of his past five fights overall, including suffering three knockout losses to Pedro Munhoz and TJ Dillashaw (x2).

As for Jake Paul (3-0), the California native is coming off a first round knockout victory over Ben Askren in his most recent boxing appearance under the Triller banner.

Paul has since gone on to sign an exclusive fight deal with Showtime and his next opponent is expected to be announced soon.

What do you think of Cody Garbrandt and Jake Paul’s exchange of words following tonight’s UFC Fight Night event in Las Vegas? Share your thoughts in the comment section PENN Nation!