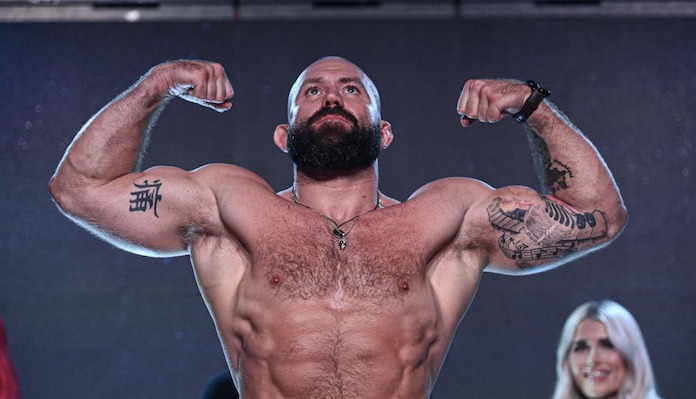 At age 37, Belcher made his professional boxing debut on November 6 at Summit FC 39 when he tough on Ryan Shough. Belcher ended up winning the fight in the second round by knockout, which was impressive. But even more impressive than actually winning the fight is Belcher’s incredible physique. Years after leaving the UFC due to a then-career-ending eye injury, Belcher looks to be in the absolute best shape of his life. Watch below as Belcher shows off his improved boxing skills with a brutal one-punch knockout of Shough.

Belcher (18-8) last competed in the UFC back in 2013 when he lost via technical decision to Michael Bisping in a fight where he suffered an eye injury that led to the end of his mixed martial arts career. Overall, Belcher had a 9-6 record during his time in the UFC between 20066 and 2013. While he was never able to rise to the top of the UFC middleweight division and earn a title shot, he was definitely a very good, exciting fighter who put on some memorable performances, such as his TKO win over Rousimar Palhares in May 2012.

Belcher retired following the loss to Bisping, but after taking several years off to heal his injuries, he returned to combat sports this past summer for Bare Knuckle Fighting Championship, where he won a unanimous decision over Tony Lopez. Clearly, he has some very good hands, and it appears that Belcher is now hoping that he will make a run in professional boxing. It’s unfortunate his MMA career appears to be over, but it is great to see Belcher continue to defy the odds, overcome his injury, and compete in combat sports.

What was your favorite memory of Alan Belcher during his run in the UFC over the years?