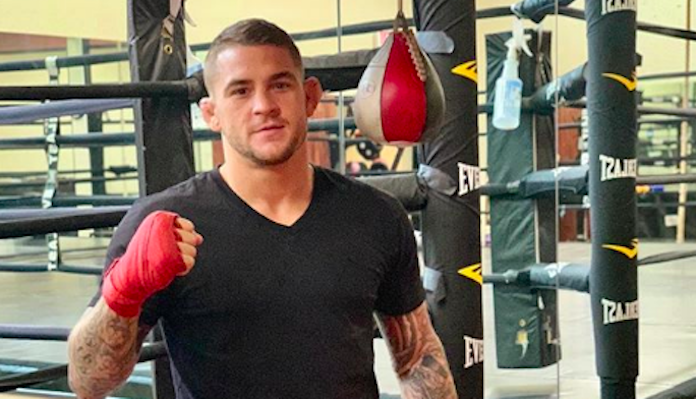 Dustin Poirier has responded after his prospective foe Tony Ferguson urged Dana White to open his checkbook and make their fight happen.

For many weeks, Poirier and Ferguson were linked to a fight at UFC 254 on October 24. Regrettably, the matchup fell through when Poirier and the UFC couldn’t agree on the size of his prize.

“The UFC and I didn’t come to terms,” Poirier told ESPN. “I will not be fighting on October 24.

“I just need to be compensated if they want this fight. Simple as that.” Poirier added. “I’m a prizefighter and the prize needs to be right.”

While Poirier admitted that he was still open to accepting this fight at a later date, White subsequently announced that he was working on “another fight” for Ferguson.

“No, we’re not even trying to salvage it,” White said at the UFC Vegas 10 post-fight press conference (via MMA Fighting). “We’re getting another fight. Yep [another fight for Tony Ferguson]. It’ll happen.”

It was after this comment from White that Ferguson took to Twitter to encourage the UFC boss to pay Poirier what he’s worth.

“Pay the man @danawhite @ufc,” Ferguson wrote. “Love ya’ll but let’s give the hardcore & casual fans what they deserve: a good fight.”

Unsurprisingly, Poirier appreciated this bit of support from his potential foe. He reacted to Ferguson’s assist on Twitter, implying that it could end up landing him a new contract.

Tony’s the type of guy who would manage his opponent and get him a new contract for the fight to happen.

“Tony’s the type of guy who would manage his opponent and get him a new contract for the fight to happen,” Poirier wrote.

Do you think we’ll end up seeing Tony Ferguson and Dustin Poirier fight this year?