One thing you can’t deny is his willingness to take on tough opposition in the middleweight division, but now he’s looking to take a step back. Derek Brunson spoke to MMANytt and explained why a matchup against Canadian Elias Theodorou makes sense for him at this juncture.

“This kid Elias Theodorou — I’ve stepped up and fought every guy in the division.” Brunson explained “I’ll step up and fight anyone, anywhere, any time, it does not matter to me but at some point if you’re not getting it done against the top five or top 10 guys, so you need to take a step back and fight somebody else.

“You have a guy right there who has an opportunity,” he continued. “He’s on a three fight winning streak, he wants to propel his career, he wants to make more money. Are you willing to fight a top 10 guy who’s beaten [Lyoto] Machida, who’s set records in the UFC? Or are you going to sit back and beat a bunch of unranked guys?” 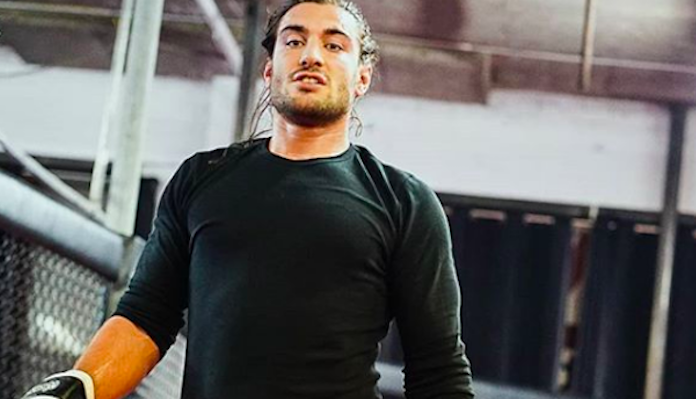 Derek Brunson (18-6) is coming off a first-round TKO loss to Israel Adesanya at UFC 230 and is 2-2 in his last four fights. The 34-year-old holds wins over former UFC light heavyweight champion Lyoto Machida, Sam Alvey and Uriah Hall. Four of his last five opponents have either been top contenders in the division, former champions or, in the case of Robert Whittaker, the current UFC middleweight champion. Brunson now looks to avoid three-straight losses for the first time in his career against a potential opponent in the Invicta FC ring card boy Elias Theodorou.

“Tell the ring card dude let’s go ahead,” he said. “If he wants to make real money or if he wants to keep making chump change? Let’s do it.”

Elias Theodorou (16-2) earned his third-straight win after defeating Eryk Anders in his hometown of Toronto at UFC 231, taking home a split decision. The 30-year-old has gone 8-2 in the UFC, with his only losses coming against Thiago Santos and Brad Tavares.

Would you like to see Derek Brunson matched up against Elias Theodorou next?