Home » MMA News » UFC » Dana White says there was no conflict of schedule ... 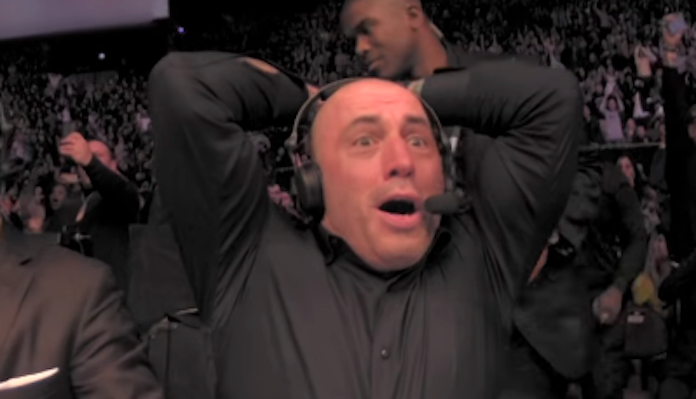 UFC President Dana White insists that Joe Rogan did not have a scheduling conflict when it came to UFC 271.

Fight fans were surprised to find out that Rogan would not be providing color commentary for UFC 271. After all, Rogan works pretty much all of the numbered UFC PPV events as long as they’re held in the United States.

As it turns out, reports that Rogan had a scheduling conflict were false according to Dana. Here’s what he told reporters following UFC 271.

When asked by John Morgan if this was Rogan’s decision, Dana confirmed that it was.

“Yeah, Joe Rogan had — I don’t know what Joe Rogan had to do. You guys will have to ask Joe Rogan but there was no, ‘Joe couldn’t work,’ or anything like that. I know that came out, it’s total bullsh*t.”

Dana then responded when asked if Rogan is expected to return in March.

Dana White on Rogan: There was no conflict of schedule…#UFC271 pic.twitter.com/pIaaF3oszK

Joe Rogan certainly had his supporters at UFC 271. During several moments throughout the card, fans chanted, “Free Joe Rogan.” This was in response to the Rogan-Spotify controversy.

Medical professionals have called for Spotify to reprimand Rogan for spreading “misinformation” about COVID-19 and vaccines on his podcast. There’s also the video that was released by musician India Arie, which was a montage of Rogan saying the n-word.

On the COVID issue, Rogan has said that he always tries to be fair and look at things from both sides. As for the video showing use of the n-word, Rogan says the clips were taken out of context and that he isn’t racist at all. He believes the controversy is a “political hit job.”

It’s possible that Rogan didn’t want to attend UFC 271 because his current situation may have overshadowed the fights. Of course, that’s just speculation at this time.