UFC President Dana White spoke to media following the conclusion of UFC 241, where he shared his thoughts on tonight’s Yoel Romero vs. Paulo Costa fight.

Speaking with ESPN‘s Brett Okamoto backstage, White had the following to say about Costa’s controversial decision victory over Romero.

“It was everything I thought it was going to be.” Dana White said of Yoel Romero vs. Paulo Costa. “I thought it would be fight of the night. It is fight of the night. That fight was ridiculous. I mean two monsters just blasting. It’s funny because I actually had it two round to one for Costa. And yet so many other people had two rounds to one for Romero. It was a fun fight. Either way that fight would have gone you wouldn’t have been like ‘oh my god this is a robbery’ you know? So it was that much of a war. That close and they both deserve the bonus money.” 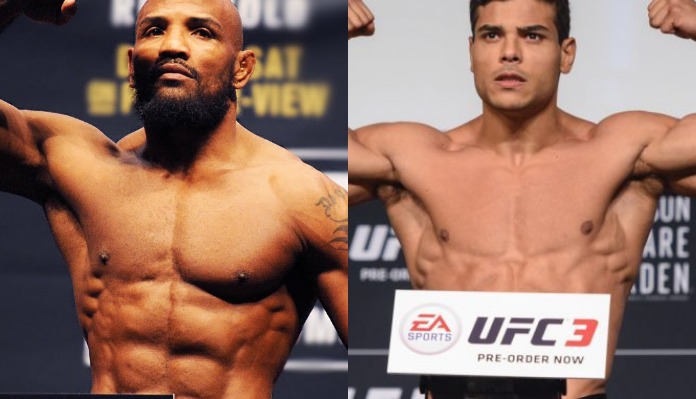 ‘The Eraser’ is now a perfect 13-0 in his mixed martial arts, and has scored Octagon victories over Garreth McLellan, Oluwale Bamgbose, Johny Hendricks, Uriah Hall and Yoel Romero.

Meanwhile, ‘The Soldier of God’ drops to 13-4 overall in his career, and 2-3 over his past five fights.

Romero has yet to issue a statement following tonight’s controversial setback to Costa.

Who would you like to see Paulo Costa fight next following his victory over Yoel Romero at tonight’s UFC 241 event in Anaheim? Sound off in the comments section PENN Nation!

Get all of tonight’s UFC 241 live results and event highlights right here.