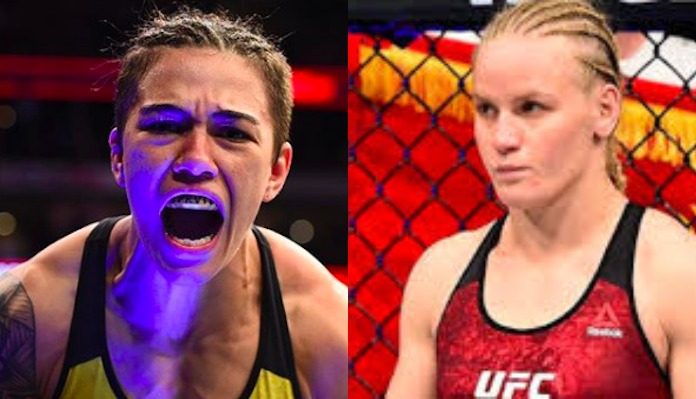 A dominant Shevchenko defeated challenger Jennifer Maia via unanimous decision in the co-main event of UFC 255. The win improved Shevchenko’s UFC flyweight record to a perfect 6-0, and she is quickly running out of new challenges in the division. One fighter that has emerged as a potential contender, however, is Jessica Andrade. The former UFC women’s strawweight champion knocked out Katlyn Chookagian in her flyweight debut and she looks poised to challenge Shevchenko for the title sometime in 2021.

Following UFC 255, White was asked by the media who would be next for Shevchenko. The UFC president all but confirmed that Andrade will indeed be next in line for the belt.

“I think Andrade vs. Shevchenko is a very fun fight, and the thing I love about that fight is that Shevchenko’s at a place in her career where she needs an opponent that people think actually has a chance of beating her, and I think we all know that Andrade does,” White said (via MMAFighting.com).

“If you’re going to go out and be safe against somebody like Jennifer, what are you going to do against Andrade? Andrade is going to bring her a lot of things she’s never seen before, not to mention the power Andrade has. She just knocked the No. 2 girl in the world with a body shot She’s a real problem for Shevchenko that (Shevchenko is) going to have to figure out, and if she does, I think the fight that makes more sense is, Zhang will fight here soon, and after Weili fights, maybe you do those two.”

After just going 25 minutes with Maia, Shevchenko will likely require a few months off to rest and prepare for her next fight, and if White has it his way, that will be Andrade. There are several other fighters at 125lbs such as Lauren Murphy who won’t be pleased with this news, but overall the fight between Shevchenko and Andrade makes sense.

Do you want to see Dana White book Valentina Shevchenko vs. Jessica Andrade?