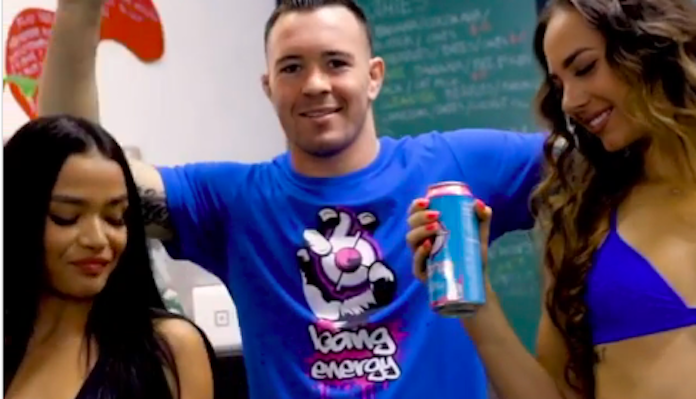 UFC president Dana White has revealed what Colby Covington needs to do in order to earn a title shot against Israel Adesanya.

In his two attempts at winning the UFC welterweight championship, Colby Covington took reigning king Kamaru Usman to the limit on both occasions. Alas, despite all of his good work, “Chaos” still came up short with his most notable accolade to date being when he captured the interim belt way back at UFC 225.

Even if he beats Jorge Masvidal in the main event of UFC 272 this weekend, there’s no guarantee that he’s going to get a third shot at Usman – especially with the likes of Leon Edwards, Gilbert Burns and Khamzat Chimaev standing ahead of him in the queue.

With that in mind, Covington has recently hinted at a move up to middleweight to take on Israel Adesanya. While Dana White doesn’t necessarily hate that fight, he did tell TMZ Sports that the controversial welterweight would need to beat a top 185-pound contender before being considered.

“I mean, Colby would have to go up and beat Cannonier or Whittaker or somebody like that to even be in the discussion for a fight with Adesanya.”

Jared Cannonier and Robert Whittaker are both decent-sized middleweights in their own right and even if Covington fancies his chances against either of them, he’ll have to wait and see how the division plays out with Cannonier currently being tipped to fight Adesanya later this year.

For now, the focus for Colby needs to be on finally putting an end to his feud with “Gamebred” this Saturday at the T-Mobile Arena.

Would you favour Colby Covington to beat Jared Cannonier or Robert Whittaker? Will we see Covington vs Usman 3 take place in the future? Let us know your thoughts down in the comments, BJPENN Nation!