UFC President Dana White confirmed on Monday that a rematch with Derrick Lewis will be next for Francis Ngannnou, this while providing an update on Jon Jones.

Prior to March’s UFC 260 event, it was thought that the winner of Miocic vs. Ngannou 2 would be fighting ‘Bones’ in their next outing. However, shortly after ‘The Predator’ dethroned Stipe with a second round knockout, negotiations between Jones and the UFC quickly went south.

According to Dana White, Jon Jones was demanding $30 million for the proposed super-fight with Francis Ngannou. ‘Bones’ was quick to refute White’s claims and the pair have seemingly been at a standstill ever since.

After recently suggesting that a rematch with ‘The Black Beast’ was “probably next” for the promotions new heavyweight champion, Dana White confirmed tonight that Lewis vs. Ngannou 2 will take place later this summer.

“Whether Jon has a manager or not, Jon is going to do what Jon wants to do.” White told TSN’s Aaron Bronsteter. “So it’s probably something that Jon Jones needs to workout with, you know I know that him and Hunter (Campbell) have a good relationship. So I think those guys are going to get together soon and talk.” 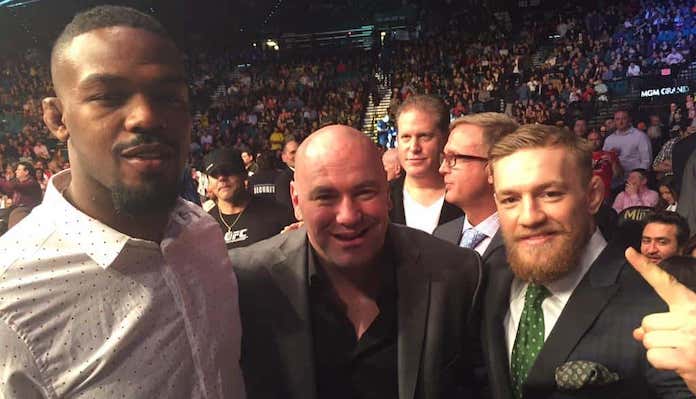 “Listen, you look as the last however many years and people ask me who I think the best ever is and I say Jon Jones. You know, Jon Jones is a massive part of the history of this company. He’s one of the best ever. No matter where you stand, whether you think it is him, Anderson, Khabib, GSP, wherever you stand on that, he’s one of the best of all-time. Obviously there is still some big fights that can be made with him and we would love to do it. You know, it’s not like we can’t get something done over here.”

As for if Ngannou vs. Lewis 2 was still up in the air, Dana White shared the following exciting news.

“No, we are working on that fight. That fight (Lewis vs. Ngannou 2) is going to happen this summer.”

What do you think of the news that Derrick Lewis will in fact be next for Francis Ngannou? Share your thoughts in the comment section PENN Nation!