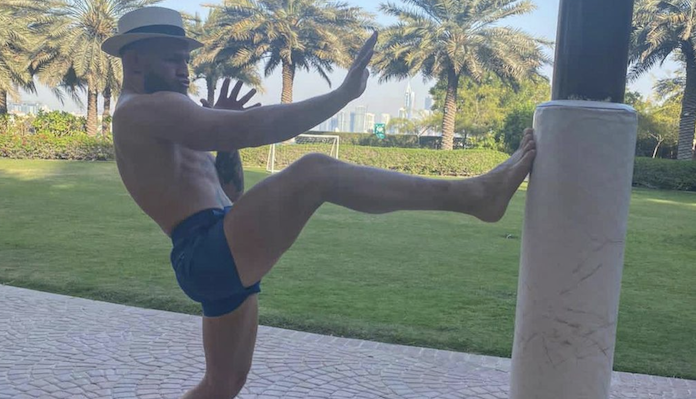 McGregor and Poirier have previously met twice. The first time they fought at UFC 178 in September 2014, it was a featherweight contest and McGregor sparked Poirier with a first-round KO. The two rivals met seven years later at lightweight just a few months ago at UFC 257. This time around, Poirier weathered the early storm and stormed back for a second-round knockout win. The trilogy fight figures to be one of the biggest fights in UFC history. For McGregor, it’s another chance to add to his legacy, while for Poirier a win would put him in legend territory. It’s a massive fight and one that is very difficult to predict.

McGregor, though, is confident in knowing how it ends. Taking to his social media, the UFC icon shared his prediction with the fans, saying he will finish Poirier in the fourth round.

The prediction is in! I’m going to win the trilogy fight via A Front Kick to the nose. Round number 4. His Nose needs straightenin and I’m Rhinoplasty

McGregor has shown kicks in his previous fights, including most famously a head kick TKO win over Donald Cerrone at UFC 246 last January. The Irishman is mostly known for his punching prowess, but he has shown the ability to throw highlight-rel kicks at times. Then again, Poirier is no slouch with the kicks himself. This should be a chess match between two of the masters of the game, so it will be interesting to see if McGregor’s prediction holds true. The winner of this fight seems likely to be in line for either a title shot or a superfight, so expect both men to be at the top of their games come UFC 264.

How do you think the Conor McGregor vs. Dustin Poirier trilogy ends?