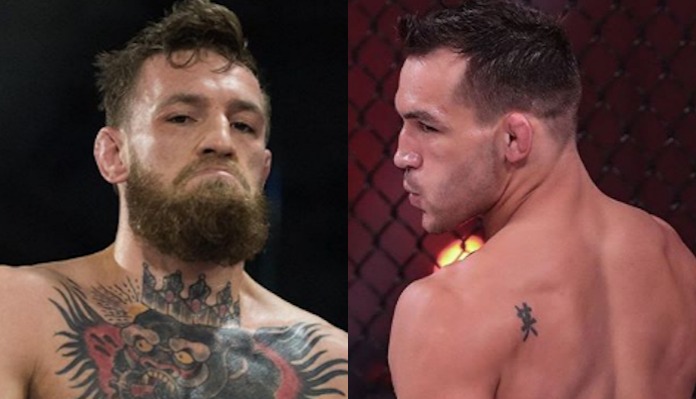 Oliveira (31-8 MMA) and Chandler (22-6 MMA) squared off for the promotions vacant lightweight title this evening in Houston.

Michael Chandler was looking to earn his fourth consecutive knockout and book a future fight with Conor McGregor when he took to the Octagon at UFC 262. The former Bellator title holder had made his promotional debut back in January, where he earned a first round KO victory over Dan Hooker. That win was preceded by first round finishes of Benson Henderson and Sidney Outlaw under the Bellator banner.

Tonight’s UFC 262 main event proved to be a tale of two rounds. Michael Chandler was able to get off to a strong start in round one, hurting Charles Oliveira on a number of occasions. However, things changed drastically in the opening seconds of round two. ‘Do Bronx’ landed a big right hand that had the former Bellator title holder hurt and promptly finished him off with a plethora of punches.

Official UFC 262 Result: Charles Oliveira def. Michael Chandler via TKO at :19 of Round 2

Check out how Conor McGregor reacted to Oliveira defeating Chandler below:

Congrats to Olivera on becoming the 11th UFC lightweight champion.
Wonder who Twelve is…

“Congrats to Olivera on becoming the 11th UFC lightweight champion. Wonder who Twelve is…” – McGregor wrote on Twitter.

It is expected that if Conor McGregor can defeat Dustin Poirier in their upcoming trilogy at UFC 264, he will be the next man to challenger newly crowned lightweight champion Charles Oliveira.

Who do you think would emerge victorious if McGregor and Oliveira were to collide later this year? Share your thoughts in the comment section PENN Nation!