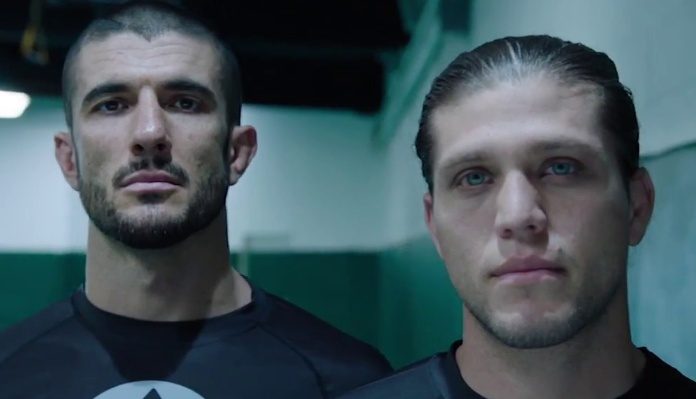 Things didn’t go according to plan this past Saturday night for Brian Ortega.

As one half of the UFC 231 main event, the unbeaten featherweight would suffer the first loss of his 16 fight professional career at the hands of the champion, Max Holloway.

It was a valiant effort by the Jiu-Jitsu phenom but in the end, he had just taken too much damage prior to the fifth and final round which forced the doctor’s stoppage.

In the wake of the event, there have been plenty of reactions to the great main event and each fighters’ performances. However, the most touching one for Ortega has to be from his longtime coach, Rener Gracie.

“When we arrived at the hospital, the first thing you said was ‘I’m sorry,'” Gracie shared on Instagram. “My brother, you have nothing to be sorry about. You came from nothing and you competed on the highest level against one of the best p4p fighter’s in the world. For four rounds, you took his best shots, but you never went down and you never stopped firing back. The heart you displayed last night could never be taught, and I’ve never been so proud to be your coach, your friend and your fan. You didn’t fail, Max prevailed. And if it was ever possible to win in defeat, you did it last night. I love you bro.”

Brian Ortega had won six straight fights within the UFC prior to receiving his title shot at UFC 231. With wins over the likes of Cub Swanson, Renato Moicano, Clay Guida, Diego Brandao, and former lightweight champion Frankie Edgar, his shot was well earned.

Still, at just age 27, Ortega surely won’t be going anywhere and the fact that he can come back even stronger from this learning experience is a scary thought.