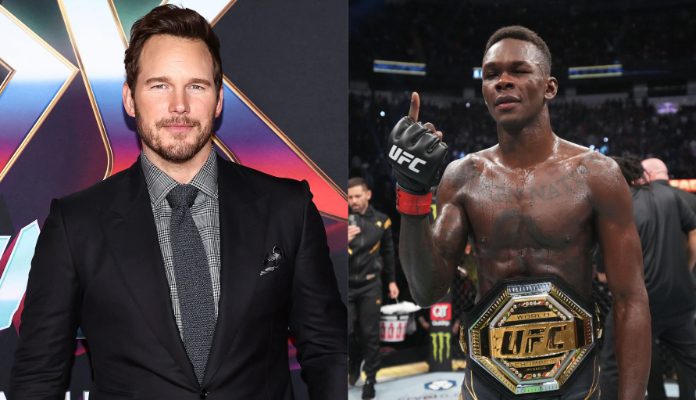 Actors Chris Pratt has apologized to Israel Adesanya following his comments after UFC 276.

In the main event of the International Fight Week card, Adesanya was defending his middleweight title against Jared Cannonier. In the lead-up to the fight, Adesanya vowed to do something spectacular but it was far from that. Instead, Adesanya won a lackluster decision and after the fight, Pratt was on the post-fight show and was critical of the champ’s performance.

“I’m going to say this as humbly as I can — I’ve never stepped into the Octagon,” Pratt said on the UFC 276 post-fight show. “I don’t know this game. I’m just an actor, but I’m not a fan, man. I’m not a fan of coming out like, all that talk, and then just kind of putting on a little bit of a pitter-pat (performance). I’m like, c’mon, man. You’ve got to cash on that promise of being so badass.”

After hearing those comments, Adesanya posted a video of Pratt acting with the caption “Good morning. I’m the man. You’re just some fan.” Pratt then saw the tweet and apologized to the middleweight champ for being a hypocrite.

“You’re right. I’m sorry brutha. It bugs me when people criticize my work- having never themselves risked anything. It makes me a hypocrite to do exactly that to you. My bad. Keep on keeping on champ,” Pratt responded to Adesanya.

Currently, Adesanya has not responded to Pratt’s apology but it appears ‘The Last Stylebender’ was not happy with the actor’s comments.

Israel Adesanya is coming off the win over Jared Cannonier and will likely face Alex Pereira next. It’s uncertain when that fight will take place but when it does happen it will be a highly-anticipated fight and Adesanya has vowed to KO Pereira this time around.

What do you make of Chris Pratt apologizing to Israel Adesanya?