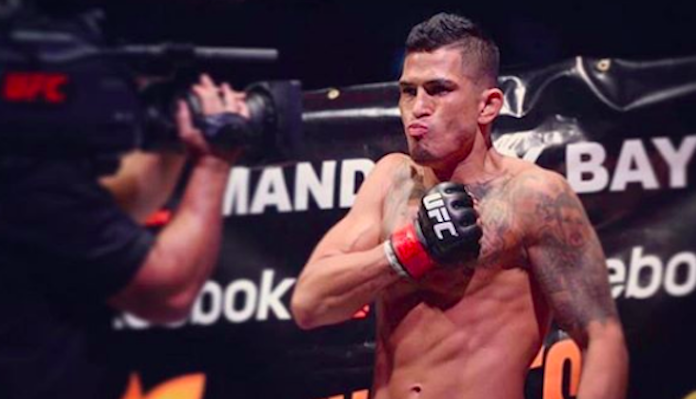 Former UFC lightweight champion Anthony Pettis says that cutting down on drinking has been a key to his recent success in the Octagon.

Pettis defeated Alex Morono via unanimous decision at UFC Vegas 17 for his second straight win after beating Donald Cerrone at UFC 249. Considering that Pettis began his year with a submission loss to Diego Ferreira at UFC 246, ending the year with back-to-back wins over Cerrone and Morono showed that he still has the ability to win fights at the highest level of the sport. Following the win over Morono, Pettis is now a free agent and figures to test the free-agent market but says the UFC is his preferred destination.

After losing back-to-back fights to Ferreira and to Nate Diaz, many thought that Pettis didn’t have much left in the tank, but the wins over Morono and Cerrone showed that he still has plenty to give. Speaking to ESPN’s Brett Okamoto following his win over Morono, Pettis credited cutting down on drinking as a reason for his recent success.

“When I won, I was like drinking because of celebration drinking. If I lost, I was drinking because of sorrow drinking. My diet would get sh*t and I would be all over the place with like my outside life. When I got to a training camp I was like 100% strict, but what you do outside of that camp really matters inside your camps. I think I was doing, like, these forced training camps coming off a win. I was coming off being happy and doing that sort of stuff. You know, I cleaned up that part of my life and I’m taking fighting more seriously right now. It feels good to see the progression and win two fights (in a row) for such a long time,” Pettis said.

Following the win over Morono, Pettis indicated that he would be interested in a rematch at lightweight with former UFC interim lightweight champion Tony Ferguson. With Ferguson coming off of back-to-back losses to Justin Gaethje and Charles Oliveira and needing to bounce back into the win column, a rematch against Pettis makes sense. These two fought back at UFC 229 in October 2018, with Ferguson winning via TKO after Pettis had to stop fighting due to a broken hand. Pettis is now a free agent and he will shop his services around, but the Ferguson rematch sounds very appealing.

What do you think is next for Anthony Pettis after beating Alex Morono at UFC Vegas 17?