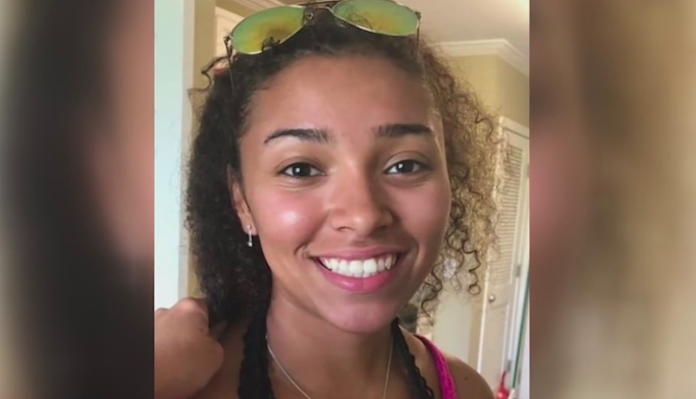 Aniah Blanchard, the daughter of UFC heavyweight contender Walt Harris, was shot to death, according to the medical examiner.

The man accused of the murder of Blanchard, 29-year-old Ibraheem Yazeed, is being charged with capital murder, and prosecutors in Alabama are seeking the death penalty.

The Lee County District Attorney Brandon Hughes confirmed the upgraded charges in a press conference regarding the death of the 19-year-old Blanchard on Monday.

This is what the DA said, via the local news station WVTM 13 on Twitter.

“We are now upgrading the charges from kidnapping in the first degree to capital murder. And in this case, capital murder is the intentional murder during a kidnapping. And we will also be seeking the death penalty for Mr. Yazeed,” Hughes said.

The DA added that prosecutors believe that Yazeed is the “lone person responsible” for Blanchard’s murder. Yazeed is currently being held in prison without bond, according to WVTM13.

According to the DA, Blanchard’s death has “absolutely shaken our community to its core.” He credited local policemen for their swiftness in finding Blanchard’s body.

Blanchard’s death has had a ripple effect on the MMA community. Her father Harris was set to fight Alistair Overeem in the main event of UFC Washington, D.C. However, when news broke that Blanchard had gone missing, Harris understandably had to withdraw from the bout to be with his family in a time of need. When Blanchard’s murder was confirmed last week, Harris took to his social media to write an emotional eulogy about his daughter’s passing.

The MMA community has united during this very difficult time, with UFC president Dana White offering his condolences to Harris and his family. During the investigation into Blanchard’s disappearance, UFC light heavyweight Jon Jones and manager Ali Abdelaziz were among those to offer a reward for any information on Blanchard’s whereabouts. Tragically, the story did not end the way anyone had hoped when Blanchard’s body was found. Now, justice will be sought.

We here at BJPenn.com once again extend our deepest condolences to Walt Harris and his entire family for the sudden and tragic loss of Aniah Blanchard.