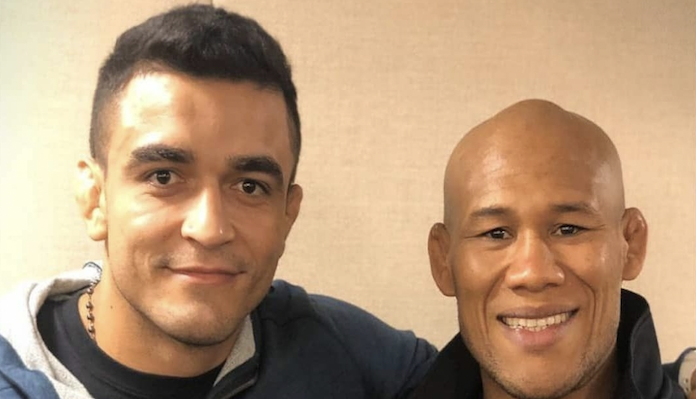 UFC middleweight Andre Muniz reveals that he had a backstage conversation with Ronaldo Souza following his nasty arm break at UFC 262.

Muniz picked up one of the most incredible submission wins we have seen so far this year when he became the first man to tap Souza out in MMA when he broke his arm with an armbar in their UFC 262 middleweight bout. For the 31-year-old Muniz, it was by far the biggest win of his career to date, while for the 41-year-old Souza, it was a terrible way to lose. “Jacare” has now lost four straight fights and his future with the UFC is unknown.

As for Muniz, he spoke to Combate following the fight and revealed a conversation that he had with Souza, one of his heroes in MMA. According to “Sergipano,” he apologized to Souza backstage, and “Jacare,” ever the good sport, said it was part of the game.

“We talked backstage, I apologized to him for the situation. He said it was part of the game, that there was no problem, life goes on. I was very sorry, I wished myself well, that I could stay with the family. Yesterday (Sunday) he texted me on Instagram, he said he was fine and would get surgery. I wished for a speedy recovery to get back as soon as possible. My admiration for him continues in the same way, regardless of the result. I got it right, he got it wrong, but nothing will erase what he did for our sport,” Muniz said.

After beating Souza, Muniz has now won seven straight fights and is a perfect 3-0 in the UFC. He seems likely to fight someone in the top-15 of the middleweight division next.

What do you think is next for Andre Muniz after beating Ronaldo Souza at UFC 262?